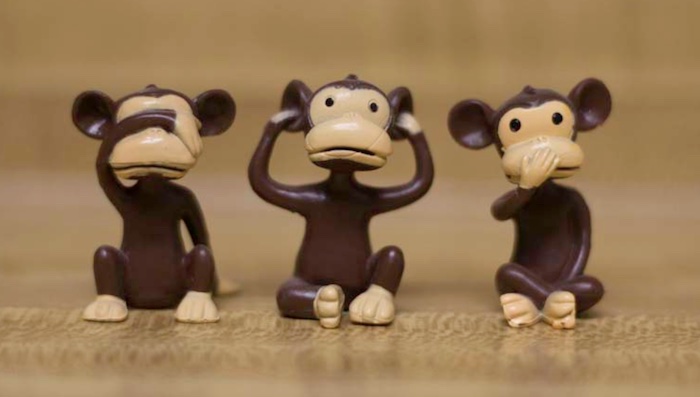 THINGS WE WON’T TALK ABOUT: Why is there a huge increase in excess deaths across Western civilization? Why are we allowing self-proclaimed females with a Y chromosome access to female locker rooms? How did Joe Biden become worth over $10 million?

This commentary is by Ted Ropple, of West Charleston. He is the author of the tedropple.com blog.

Over the past few years, the list of things most Americans won’t speak of or discuss has become a long list.

A recent addition to that list is the dramatic increase of people “suddenly dying” since around October 2021. Why is there a huge increase in excess deaths across Western civilization? The studies and data are out there if one wants to find them, and there’s been some coverage by independent and foreign media, but the North American corporate media gives this topic a big leaving alone. Why aren’t we talking about it? Are we afraid of what we might learn?

There’s little objective and factual discussion about the current transgenderism movement. It’s obvious that athletic events shouldn’t allow biological males to compete against females. Why are we allowing this to happen? Why are we allowing self-proclaimed females with a Y chromosome access to female locker rooms? The majority of people know it’s wrong, so why aren’t more speaking up and questioning this absurdity?

The list of political topics we won’t talk about grows daily. There’s no discussion in the legacy media regarding the egregious and ongoing corrupt practices and selective law enforcement by the Department of Justice, and particularly the FBI. Why is that? Why do we have an attorney general that seemingly determines prosecution based upon political affiliation? And since when has any attorney general anywhere had the latitude to not enforce laws they personally disagree with, as we witness in cities like Boston, Chicago, Los Angeles and even Burlington, Vermont?

Why aren’t we having a national conversation about how our public servants in Washington regularly become multi-millionaires after a few years in office? How did Joe Biden become worth over $10 million? How did Obama become worth over $70 million? While we hear things about Pelosi and Feinstein on this issue, it’s not just the Democrats getting rich. Plenty of Republicans have also feathered their nests while “serving the public.” How does that work?

Where’s the questioning of why Ukraine needs to be defended while our southern border does not? Our state run media has been doing a good job bemoaning the border states sending busloads of illegal aliens to Democrat-declared “sanctuary cities,” but will not question the current administration’s policy of letting just about anyone into the U.S. that shows up at the border. What’s happening at the southern border is effectively an invasion. Where’s the national concern?

Racism, green energy, censorship, wokeism, reparations, etc. — the list really is endless. There is a point to this madness: It’s easier for our rulers to maintain control and scoop up the loot while the little people are busy fighting with each other about non-existential issues.

We the people bear much of the responsibility for letting this happen. There are few rulers, and many of us, but over the past few decades we’ve become ignorant, apathetic, and yes, even fearful. Many have shrugged off the role of citizen in favor of subject, allowing the decline of our culture and looting of our country.

It’s getting late. If more of us don’t start loudly questioning our ersatz public servants at every opportunity and saying a loud “no” to the scams, distractions, false premises and other bright shiny objects put out there to pit us against each other, we’re done.

It’s time to start speaking up and demanding answers to these and other questions while we still can.

5 thoughts on “Ted Ropple: Things we won’t talk about”