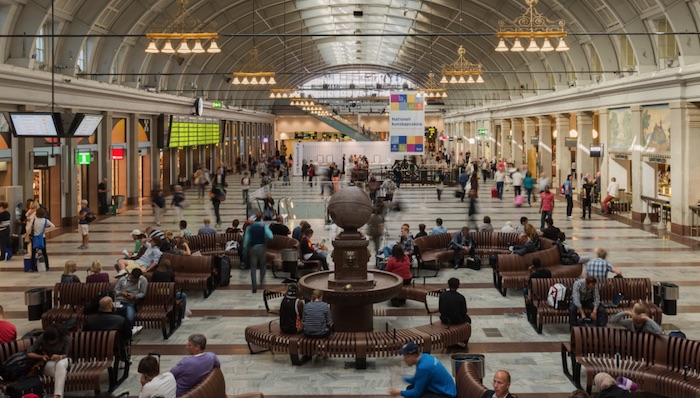 By Anthony B. Kim and Terry Miller | The Daily Signal

In stark contrast to most other developed countries dealing with the coronavirus, Sweden has adopted what are perhaps the least restrictive “social distancing” rules in the world, permitting most economic activity to continue in the face of the pandemic.

The ongoing Swedish policy experiment of so-called “herd immunity” is quite unique. Anders Tegnell, Sweden’s chief epidemiologist and architect of the policy, explained that his country’s approach to COVID-19 is “to let the virus spread as slow as possible, while sheltering the elderly and the vulnerable until much of the population becomes naturally immune or a vaccine becomes available.”

It’s premature to judge whether Sweden’s laissez-faire approach will have benign or catastrophic health results. So far, its death rate from the disease is far lower than countries such as Italy or Spain, but higher than in neighboring Norway or Denmark.

And while the restrictions mandated by their government might be less than in most other countries, Swedes have nonetheless been urged to engage in social distancing, and they are doing so.

According to Reuters, a number of businesses have voluntarily either curtailed activities or closed completely, and a “record 36,800 people were handed their notice in March, more than 10 times the number from the same month last year.”

Sweden’s unique approach has not emerged from a vacuum. The country possesses a number of particular societal characteristics that influence its economic policies and attitudes — honesty, openness, efficiency, industriousness, and trust, among many others.

The combination of those specific attributes is certainly one of the reasons why this Nordic country has been successful in the past and continues to be resilient today.

The other notable feature of modern Swedish society that is having a fundamental influence on current policy developments is the country’s evolution in recent decades into a well-functioning, competitive free-market democracy.

Through deregulation, budget discipline, and an extensive overhaul of the welfare state, Sweden has transformed itself from a stagnant, benefit-based society to a vibrant modern economy.

The Heritage Foundation’s Index of Economic Freedom has documented significant advances in economic freedom in Sweden over the years. According to the 2020 Index, the country has one of the world’s 25 freest economies.

The Swedish economy has performed remarkably well in regulatory efficiency, with open-market policies that sustain flexibility, competitiveness, and large flows of trade and investment. In addition, the transparent and efficient regulatory and legal environment encourages robust entrepreneurial activity.

Equally notable is that Sweden has long benefited from a politically and socially stable democracy, with a well-institutionalized rule of law, transparency, and accountability. Social solidarity is also a feature of this small country.

Unquestionably, despite the recent years of healthy growth, the Swedish economy is likely to suffer from the coronavirus outbreak. However, the country’s strong public finances, with a public debt level below 40% of gross domestic product and room for its central bank to exercise independent monetary policy as a non-euro nation, give Sweden a good chance to limit the economic fallout.

Time will tell about the efficacy of Sweden’s notable public policy health experiment in dealing uniquely with the coronavirus pandemic. However, one thing is quite clear. The country has taken a stand for economic freedom, and its economic recovery at the very least should be swift and durable.

Indeed, as The Heritage Foundation’s National Coronavirus Recovery Commission recommends, “empowering economic freedom and partnerships in free markets” along with key partners, such as Sweden, should be an integral part of combating the current pandemic and revitalizing our economic livelihoods.