American families aren’t accessing the school types they prefer and do not trust the federal government, according to results of an annual report “Schooling America”, produced by EdChoice, a national nonprofit organization that promotes state-based educational choice programs. 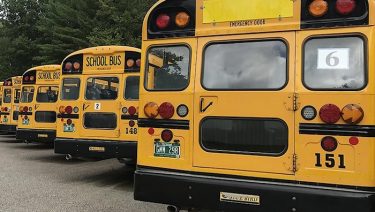 Rural and small town Americans expressed greater dissatisfaction with the federal government’s role in education. Only 41 percent said it should play a major role in K-12 education, compared to 52 percent of urbanites.

The majority of parents are involved with public school districts, the report found, with 89 percent having children who attended public school for at least one year. This percentage mirrors the data reported by the U.S. Department of Education, the report notes. Current public school parents are generally satisfied but at least one-third reported “major issues” with their schools’ responsiveness, communication and support outside the classroom.

EdChoice, which argues that families, not bureaucrats, are best equipped to make K-12 schooling decisions for their children, found that the majority of those polled do not trust the federal government when it comes to education.

Rural and small town Americans expressed greater dissatisfaction with the federal government’s role in education. Only 41 percent said it should play a major role in K-12 education, compared to 52 percent of urbanites.

Parents who home-schooled their children expressed the highest levels of satisfaction (86 percent) among the four school types. Parents were more than twice as likely to say they were “very satisfied” with charter schools and private schools (43 percent and 47 percent, respectively), than district schools (26 percent).

When given a description of ESAs, Americans are four times more likely to support them (74 percent) than oppose them (18 percent), according to the survey. These numbers are the highest and lowest among those reported during the six years EdChoice has been polling Americans about ESAs.

Over the past two years, ESA support has been greater than 70 percent, the report states. Those polled prefer universal access to ESAs more than means-tested eligibility, which is based solely on financial need.

Nearly two-thirds of respondents support school vouchers, compared to one third who oppose them.

“The large margin of support for vouchers,” the report suggests, “indicates Americans are twice as likely to support as oppose vouchers.“

“The wide margin of support indicates a favorability twice as large as the opposition,” the report states.