In the wake of the impeachment inquiry against President Donald Trump, a spokesman for Gov. Chris Sununu says the state’s chief executive is opposed to it.

Ben Vihstadt, the communications director for the governor’s office, told WMUR, “The American people are sick and tired of the circus emanating from Washington, D.C., and Governor Sununu does not support impeachment.” 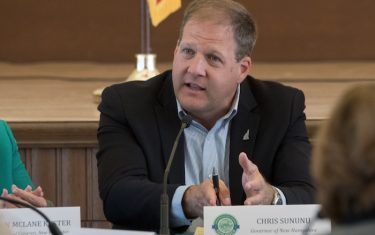 Republican governors in neighboring states have not expressed the same level of support.

Based on allegations brought forth by a whistleblower late last week, Gov. Charlie Baker of Massachusetts and Republican Gov. Phil Scott of Vermont have encouraged a full understanding of the facts in the inquiry.

“These are serious allegations and we need to make sure we do the fact-finding and figure out what exactly did happen,” Gov. Scott said at a news conference. “We’re seeing more polarization in this country than I’ve seen in my lifetime, and it’s not helpful to where we want to go, who we want to be, and I don’t see this divide getting smaller, I see it growing, and that’s alarming in itself, and so that’s why I want this inquiry to be objective, to be neutral, and not based on political motivation about the next election.”

Trump has consistently refuted the accusations.

The unidentified whistleblower says the material in the complaint came from several U.S. officials but that he or she did not obtain the information firsthand.

“Based on the stuff that I’ve read, it is a deeply disturbing situation and circumstance, and I think the proper role and responsibility for Congress at this point is to investigate it and get to the bottom of it,” Baker said in a video interview.

Governors do not hold a voting role in the impeachment process.