After two decades of helping Vermonters decrease their electricity use, Efficiency Vermont could soon be using ratepayer funds to push greater electrification of transportation and heating.

Vermont’s Public Utility Commission is currently considering a shift in focus for the state’s efficiency utility. On Sept. 24, the commission held the first of a series of workshops on how Efficiency Vermont might adopt a new mission. 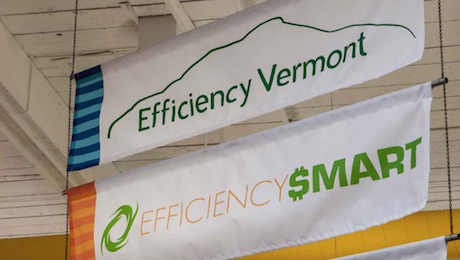 YOUR RATE PAYER MONEY – Efficiency Vermont (or a yet to be formed organization) may use your money to push the electrification of heating and transportation in Vermont.

“That is something that is being talked about in terms of how Vermont can align some of its different partners who are working towards energy goals, so we are one of them, along with the distribution utilities,” He said. ” … We’re not in the electrification business, we don’t do transportation — [so] those are all conversations about what might happen in the future.”

According to Efficiency Vermont, the utility has collected over $600 million in fees from Vermonters since it was created by the state legislature in 2000.  The business claims it is using those funds to save Vermonters $2.4 billion in wasted energy use.

Buell specified that the $2.4 billion figure is an estimate of the potential savings expected as a result of Efficiency Vermont’s efficiency applications, such as insulating homes. In contrast, the $600 million is real revenue already counted in the company’s operations and budget.

Matt Cota, director of the Vermont Fuel Dealers Association, says a shift toward promoting greater electricity use would be a major change for Efficiency Vermont.

“This is seismic,” he said. “Not many people are paying attention to it, but … for decades the message has been clear: ‘Use less electricity so we don’t have the cost of building a new powerplant. We don’t want to build a new nuclear plant. We don’t want more poles and wires, so use less electricity.’ We’ve heard that our entire lives. That has changed and it’s changing everywhere.”

Cota attended the Public Utility Commission workshop and said much of the discussion was about finding a revenue source to fund a new “all fuels efficiency” utility. This new entity would push electric heating and transportation.

He added that by the time the workshop produces a recommendation to lawmakers in January, he thinks the revenue source suggested for the utility will be a variation of the carbon tax.

“My fear is that consumers of gasoline, diesel fuel and propane will be the ones that end up paying for this,” he said.

“ISO New England had to turn on the oil-burning electric generating plant to the tune of 80 million gallons [during a two-week cold spell in winter 2018], ” Cota said. “In other words, just to keep the lights on in New England for weeks, they burned 80 million gallons of heating oil, which is roughly what we use for heating oil in the entire state of Vermont in an entire year.”

Buell admitted that renewable sources of energy can only go so far towards meeting the state’s energy demands.

“Our interest is looking at ways to efficiently [promote] electricity end-uses on a grid where there’s a growing supply of green renewable energy available,” he said. “But … there are limits and constraints especially during peaks, and in the summers as well.”

Don Keelan, a columnist who from Arlington who has been questioning the usefulness of Efficiency Vermont, says nonprofits need greater oversight for how they are using the money they collect from ratepayers.

“Their initial mission was to provide for weatherization and reduce the energy loads in houses,” he told True North. They’ve obviously gone to expand that and they’ve become a very powerful nonprofit organization without much oversight by the legislature.”

“It’s just another creation of the legislature with not a lot of oversight once they get going, and now they are a couple-of-hundred million dollar company,” he said.