By John Suayan | The Center Square

Gov. Chris Sununu imposed a ban on open fires and smoking near wooded areas in all 10 New Hampshire counties because of drought conditions, low water levels and an increasing potential for wildfires.

Sununu put the state Division of Forest and Lands and Department of Homeland Security in charge of the ban’s enforcement, a news release from his office said. 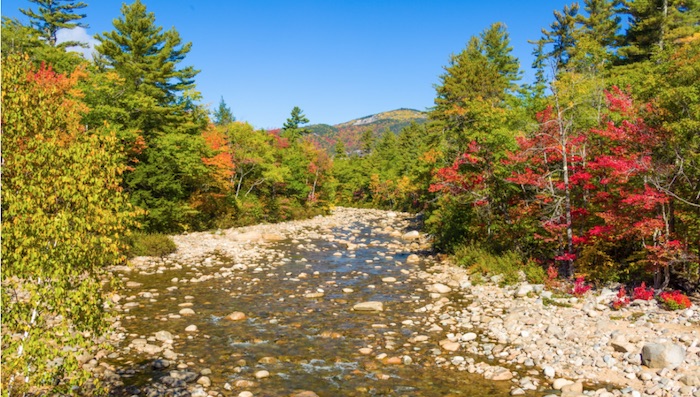 Fall in the White Mountains of New Hampshire

The ban does not apply to backyard campfires in enclosed pits and fires in public campgrounds, as well as fires larger than four feet wide that are enclosed and surrounded by a “fire-retardant ring.”

“This is really about making sure we are not having open campfires in public areas that aren’t supervised as those can get out of control,” Sununu told the Union Leader.

The last time the state imposed a fire ban in response to severe conditions was 1997.

Manchester Fire Chief Dan Goonan supported the ban, but at the same time, told citizens with permits for small backyard fires to continue monitoring daily conditions and weigh the risks.

“The conditions are right for a very active brush fire season, so I would say taking these actions would be very appropriate,” Goonan told the Union Leader.

A rare brush fire was extinguished in the vicinity of Nutts Pond, the fire chief said.

“We don’t have as many brush fires obviously as many other towns with more woods, but it’s so extremely dry out there,” Goonan said. “I don’t remember it ever being this dry, and all departments are also dealing with such low water levels that in the extreme can affect the response.”