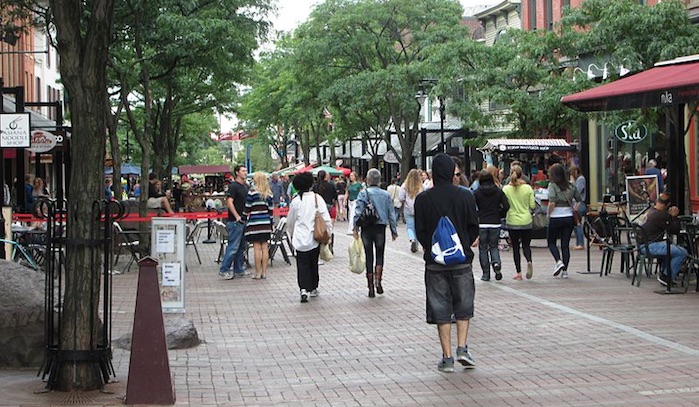 The national research firm SmartAsset placed Vermont at No. 7 in its annual 50-state survey of where best to live out the middle class American Dream.

Despite chronic bad news about luring new businesses and higher-salary jobs to their state, Vermonters finally have something to feel good about: The Green Mountain State has been ranked in the top 10 best states for middle-class aspirations.

In a new study, the national research firm SmartAsset placed Vermont at No. 7 in its annual 50-state survey of where best to live out the American Dream.

In the “Best States for the Middle Class – 2019 Edition” study, Vermont bested its neighboring Northeastern states when it comes to living the 21st century’s version of the traditional American life. No Vermont community made it to the top 10 of SmartAsset’s companion study titled “Most Livable Cities in the U.S. – 2019 Edition,” however.

Vermont appears to be more like a Midwestern state than a New England state, at least when it comes to those middle-class hankerings. Six of the top 10 states in the study are located in the Midwest: Indiana, Iowa, Minnesota, Nebraska, South Dakota and Wisconsin.

Researchers behind the study defined the “American Dream” as consisting primarily of homeownership and financial independence.

According to Stephanie Horan, a SmartAsset mortgage, savings and retirement expert, many residents in Vermont are homeowners.

“Census estimates show that owners live in 72.23% of the occupied housing units in the state, the second-highest percentage for this metric,” she wrote. “Vermont also has the eighth-lowest measure of income inequality, with a Gini coefficient of 0.45, and the seventh-highest middle-class job growth from 2014 through 2018, at 30%.”

The Gini coefficient — also known as the Gini index or Gini ratio — is a statistical means economists use to measure income or wealth distribution on a national level. It also shows up income inequality when running the numbers. The complex mathematical method was created by its namesake, the Italian statistician Corrado Gini, in 1912.

“Middle class families, who typically dream of taking out a mortgage to buy a home and elevating their station in life, are the backbone of America,” Horan stated. “ … The middle class is generally defined as households with incomes between two-thirds to double that of the national median household income. As a result of data availability, we defined middle class as households earning between $35,000 and $100,000 for the purposes of this study. … There are wide ranges across many of the metrics we considered. The percentage of households in the middle class ranges across the study from 31% in the District of Columbia to 49% in Idaho. The median home value ranges from $121,300 in West Virginia to $631,700 in Hawaii.”

As taken from the study, here’s how Vermont stacked up against other top 10 best middle-class states:

Utah ties for the third-highest percentage of households falling within the middle class. Approximately 47.3% of households in Utah made between $35,000 and $100,000 in 2018, suggesting that the middle class is stronger within the state than in many other places in the U.S. Utah has the lowest measure of income inequality of any state, with the lowest Gini coefficient. The Gini coefficient is a statistical measurement of wealth distribution using a scale of zero to one, where zero represents total equality and one represents total inequality across groups. The Gini coefficient in Utah was 0.43 in 2018. For comparison, the District of Columbia had the highest Gini index, at 0.52.

Iowa ranks in the top 10 across all states for four individual metrics: percentage of households in the middle class, median home value, homeownership rate and Gini coefficient. In 2018, about 47% of households in Iowa made between $35,000 and $100,000 and the median home value was $152,000. Additionally, homeownership rates were high, with owners living in 71.28% of occupied housing units, and the Gini coefficient, which is a measure of income inequality, was 0.44.

Nebraska ranks in the top half of all states in all but two of the metrics we considered and does particularly well for percentage of households in the middle class, 46.4%, and Gini coefficient, 0.45. Additionally, homes in Nebraska are relatively inexpensive. The 2018 median home value was $161,800, the 11th lowest of any state. Despite this, however, homeownership rates are relatively low. Owners live in only 66.06% of occupied housing units were owner-occupied, ranking in the bottom half of all states for this homeownership metric.

Homeownership is often characterized as the cornerstone of middle-class life in America. Owning a home may be more feasible in Indiana than in many other states. In 2018, the median home value was $147,300, the lowest of any state in the top 10 and fifth-lowest overall.

South Dakota takes sixth place in the study on the best states for the middle class. It ranks second overall for the percentage of households in the middle class, at 48.7%. Median household incomes in South Dakota remained relatively flat in the five-year period from 2014 through 2018, increasing by only 10.39%. Furthermore, South Dakota has top-20 rates for median home value, homeownership rate and five-year middle-class job growth.

Many residents in Vermont are homeowners. Census estimates show that 72.23% of occupied housing units are lived in by their owners, the second-highest percentage for this metric of any state. Vermont also ranks eighth overall for its Gini index – at 0.45 – and seventh overall its middle-class job growth from 2014 through 2018 – at 30%.

Median household incomes in Montana increased by 19.43% from 2014 through 2018, the most of any state in the top 10 and fourth-highest percentage overall. Montana ranks sixth overall for its percentage of households in the middle class, at 46.9%. Additionally, it has top-20 rates for homeownership rate, Gini index and five-year middle-class job growth.

Wisconsin ranks in the top half of all states in all but one of the metrics considered, middle class job growth. From 2014 through 2018, there was an increase of only 9.12% in the number of jobs that have average earnings between $30,000 and $70,000 in Wisconsin, the 10th-lowest rate across all states. Despite this, middle class statistics are strong for the other seven metrics we considered. In particular, a large percentage of the population in Wisconsin may be defined as middle class and income inequality is low. In 2018, almost 47% of households made between $35,000 and $100,000, the seventh-highest percentage in any state, and the Gini coefficient was 0.45, the ninth-lowest in the study.

Median household incomes in Minnesota have increased by 14.37% in the five-year period from 2014 through 2018. In 2018, the median household income adjusted for cost of living in the state was $72,073, the second-highest of any state in the top 10 and fourth-highest overall. Additionally, Minnesotans have high rates of homeownership. Of occupied housing units, 71.45% were owner-occupied, the third-highest across all states.

10 thoughts on “Study: The middle class finds an anchor in the Green Mountain State”