Denver officials do not plan on fully cooperating with Immigration and Customs Enforcement (ICE) if they release an illegal alien who was deported six times before getting arrested for fleeing the scene of a deadly hit-and-run accident.

Juan Sanchez, a Mexican national living in the U.S. illegally, is accused of striking a pedestrian in the Denver area with a vehicle and immediately fleeing the scene. If Sanchez — who lives in a state that largely limits cooperation with ICE — is able to make bond, his release back into the community could pose another showdown between local officials and federal immigration authorities.

The City and County of Denver reiterated its position on transferring custody of illegal aliens when approached by the Daily Caller News Foundation about Sanchez’s case. 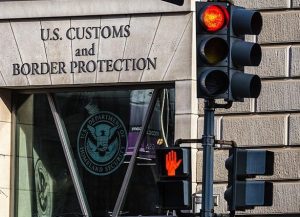 Denver reiterated its intention to release Sanchez if he makes bond, and will not conduct a transfer of custody to Immigration and Customs Enforcement (ICE).

A Colorado woman, Annette Conquering Bear, was running an errand Dec. 17 when an oncoming SUV struck her while she tried to cross an intersection. The vehicle drove away without stopping, according to the Denver Police Department. A witness to the accident flagged down a nearby ambulance, but Conquering Bear was pronounced dead at the scene.

Law enforcement was able to locate the vehicle, a white GMC Sierra crew cab truck, and arrest its driver, Sanchez. The 39-year-old Mexican national was charged with vehicular homicide and fleeing the scene of an accident. Officials set his bond at $500,000.

ICE revealed Sanchez carries an extensive list of immigration violations that spans nearly two decades. Not only is he living in the U.S. illegally, but he was deported from the country six times: once in 2012, three times in 2008, and twice in 2002. It’s not immediately clear how Sanchez was able to make so many unauthorized re-entries into the U.S., which is a felony under federal law.

Colorado’s state government, which is under the control of the Democratic Party, has become increasingly antagonistic toward federal immigration authorities. Gov. Jared Polis, for example, signed into law in May legislation that prohibits local law enforcement from detaining a suspected illegal alien solely on the basis of an ICE request, prohibits officers from providing an illegal alien’s personal information to ICE, and requires police to read illegal aliens their Miranda rights when coordinating an ICE interview.

Given Sanchez’s repeated violations of U.S. immigration law, the DCNF asked Denver’s government if it would allow for a coordinated transfer with ICE, should Sanchez make bond. The DCNF received the following response:

“Pursuant to the Public Safety Enforcement Priorities Act, when the Denver Sheriff Department receives a request for notification from ICE the inmate is advised of their rights upon receipt and prior to release. We fax Ice notification of release when the individual enters into the release process. It is the responsibility of ICE to take the individual into custody. We do not do any secure handoff and do not participate in the transfer unless an incident would occur that would threaten the safety of the community.”

The statement, provided by the communications director of the sheriff’s department, was noted as the standard protocol for all illegal aliens in their custody.

However, ICE said this policy doesn’t cut it, noting that such a last-minute notification is not “functional.”

“Under federal law, ICE has the authority to lodge immigration detainers with law enforcement partners who have custody of individuals arrested on criminal charges and who ICE has probable cause to believe are removable aliens. The detainer form asks the other law enforcement agency to notify ICE in advance of release and to maintain custody of the alien for a brief period of time so that ICE can take custody of that person in a safe and secure setting upon release from that agency’s custody,” an ICE spokesperson told the DCNF.

“A notification that an alien is about to be released to the lobby is not a functional way to ensure transfer of custody,” the spokesperson continued.

Should Sanchez be released from custody and ICE is not able to make an apprehension in time, he would be far from the first illegal alien to evade capture from the agency because of local sanctuary policies. Illegal aliens who have been released in defiance of ICE detainer requests have been charged with homicide, child sex abuse, and a host of other crimes across the country.

“When law enforcement agencies can’t honor ICE detainers, these individuals, who often have significant criminal histories, are released onto the street, presenting a potential public safety threat,” the spokesperson added.