Some unemployed workers received nearly twice as much money through unemployment insurance (UI) payments authorized through the CARES Act than they earned when they were employed, a new study from the Foundation for Government Accountability (FGA) found. 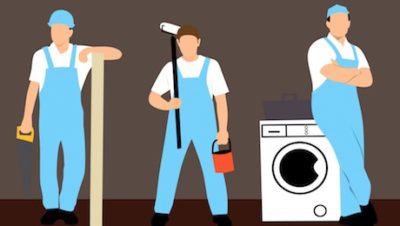 The FGA estimates that small businesses would have to offer at least $21 per hour to compete with the federal UI program to entice former employees to return to work.

As a result of the $600 weekly payments, about 68 percent of workers received more income than they did when they were working, the report found. Roughly one in five on unemployment received at least double the amount of their prior wage.

The FGA estimates that small businesses would have to offer at least $21 per hour to compete with the federal UI program to entice former employees to return to work. The federal minimum wage is $7.25 an hour, though many cities and states have higher minimums.

“Businesses and sectors with low-wage workers have been among the most severely impacted by COVID-19 and government-mandated shutdowns, and the UI boost threatens to exacerbate this damage by actively encouraging workers to remain unemployed,” Hayden Dublois, research analyst at FGA, said. “Put simply, across the nation – and as a direct result of bad government policy – unemployment has become far more attractive than work. Federal policymakers must take steps to let the UI boost expire as scheduled in order to fast track the economic recovery.”

Congressional Democrats want to extend the $600 enhanced weekly unemployment benefit until the end of the year. Republicans, concerned that the $600 weekly supplement is keeping workers from returning to their jobs, has proposed a $200-a-week additional benefit.

The FGA report lists weekly earnings of UI individuals in states before and after the CARES Act. It also lists the normal wage replacement rate compared to the rate under the CARES Act. Wage replacement rate gaps range from 50 percent pre-CARES Act to 187 percent with the supplement in California, which is comparable to the national rate gap. In other states, the gap is similar. In Florida, from 50 percent to 193 percent; in Texas, from 52 percent to 189 percent; in Illinois, from 47 percent to 184 percent.

In an effort to correct this, U.S. Reps. Ted Budd, R-North Carolina, and Ken Buck, R-Colorado, introduced the “Getting Americans Back to Work Act” in May.

2 thoughts on “Study: 68 percent of workers earned more on unemployment with $600 weekly enhancement”