After months of aggressively censoring what it called “COVID-19 misinformation,” Facebook recently announced that it would no longer block user posts claiming that the coronavirus was “man-made” or “manufactured.” That’s because those posts, which typically referenced the work of scientists who supported the idea of a possible coronavirus “lab leak” from the Wuhan Institute of Virology, now appear to have been credible.

This entire episode should be extremely embarrassing for Facebook, a company so confident it has cornered the market on “truth” that it has made it their prerogative to “fact-check” individual user posts, banning anything that fails to comport with Silicon Valley’s extreme left-wing view of reality. Last year, Facebook banned an ad from the American Principles Project PAC claiming Joe Biden and the Democrats would destroy girls’ sports by supporting policies that allowed boys who identify as transgender to compete against girls.

Facebook said the ad was “missing context,” and so our PAC wasn’t allowed to communicate with voters. On Joe Biden’s first day as president, he signed an executive order specifically allowing these boys to compete in girls’ sports. 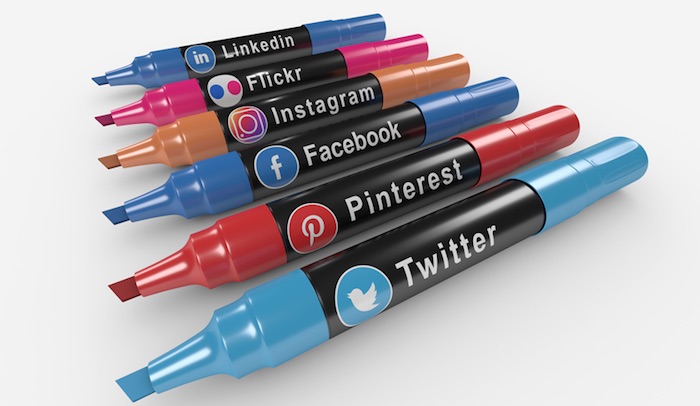 The Florida law is simple: when Big Tech decides to censor, ban, or deplatform a citizen of Florida, that citizen will now enjoy a new right to take the company to court. And if Big Tech tries to interfere in elections by deplatforming candidates, the Florida Election Commission may levy a $250,000 per day fine against the companies.

Even investigative journalism is superseded by Big Tech’s supposed omniscience. Last September, Tucker Carlson interviewed a Chinese whistleblower who claimed that the coronavirus was a “man-made virus created in a lab.” Facebook’s lead fact-checker, Politifact, confidently asserted the whistleblower was spreading misinformation. Facebook then banned the interview from its platform. Last Monday, Politifact retracted. Oops!

Facebook and the other Big Tech companies would be wise to get out of the business of fact-checking, not only because fact-checkers are biased, unintelligent, constantly promoting political narratives and angling to censor their political opponents, but because the truth isn’t always instantly revealed — and having a healthy debate about what is true and what is not is an important aspect of a functioning democracy.

But that’s not going to happen. As we all know, Big Tech companies are responding to the whims of Democrats, who are constantly demanding more authoritarian policing of speech. That’s why, as the Wall Street Journal pointed out, this policy reversal didn’t occur until the Biden administration announced that it had begun an investigation of the Chinese lab in question.

All of this is to say: we are going to need to exert state power and take action against these Big Tech companies. Facebook, Twitter, Google — these digital platforms are the modern public square. Allowing them to continue to embrace a Democrat-approved censorship regime will quite literally destroy our democracy. We can’t sit back and hope the “free market” will fix this problem ten years down the road. It might be too late.

Thankfully, we have a number of Republican politicians who are pushing back against Big Tech. One of the best has been Florida Gov. Ron DeSantis. DeSantis has three great things going for him: he’s smart, he’s got good instincts and he listens to those instincts. Because of that, he chose to prioritize legislation holding Big Tech accountable for its censorship — and earlier this week, he signed the bill into law.

The Florida law is simple: when Big Tech decides to censor, ban, or deplatform a citizen of Florida, that citizen will now enjoy a new right to take the company to court. And if Big Tech tries to interfere in elections by deplatforming candidates, the legislation empowers the Florida Election Commission to levy a $250,000 per day fine against the companies. The bill also requires Big Tech companies to be more transparent and accountable to their own terms of services. Companies that fail to adequately publish standards explaining their content moderation practices, or apply those standards consistently, could face legal action from the Florida Attorney General’s office.

As he’s proven time and time again on a variety of issues, Gov. DeSantis is the model that Republicans across the country should emulate. He was right about lockdowns. He was right about protecting women’s sports. And he’s right about how to deal with Big Tech censorship. While Congress does little to rein in Big Tech, states have the ability to legislate and solve these problems on their own. Other states ought to be looking to Florida to figure out how.

Big Tech’s track record over the past few years has been terrible, and they are only getting worse. In the most recent election, Big Tech companies covered up the Biden corruption scandal, buried conservative news sites within search results, and silenced the then-President of the United States. The threat to our free and fair elections is obvious, and Republican politicians are finally beginning to sound the alarm. But for all the talk in Washington, D.C., Florida is the first example of real legislative action.

If we are to have any hope of reclaiming free speech and free expression in the new public square, talk must be converted into action. Until Republicans take back Congress, this will have to happen at the state level. Let’s hope that other governors and other states follow Ron DeSantis’ lead.