Each state has laws governing public access to government records. These laws are sometimes known as open records laws, public records laws, or FOIA laws (which refers to the federal Freedom of Information Act (FOIA) that governs the federal government’s release of public records). These FOIA laws define the procedures people can use to obtain access to these records and set the length of time within which a public body must respond to a records request. I was talking to one of our team members recently and got to discussing one of our articles that contains summary data on FOIA. Here’s a recap of some interesting data points.

The response times in each state is as follows: 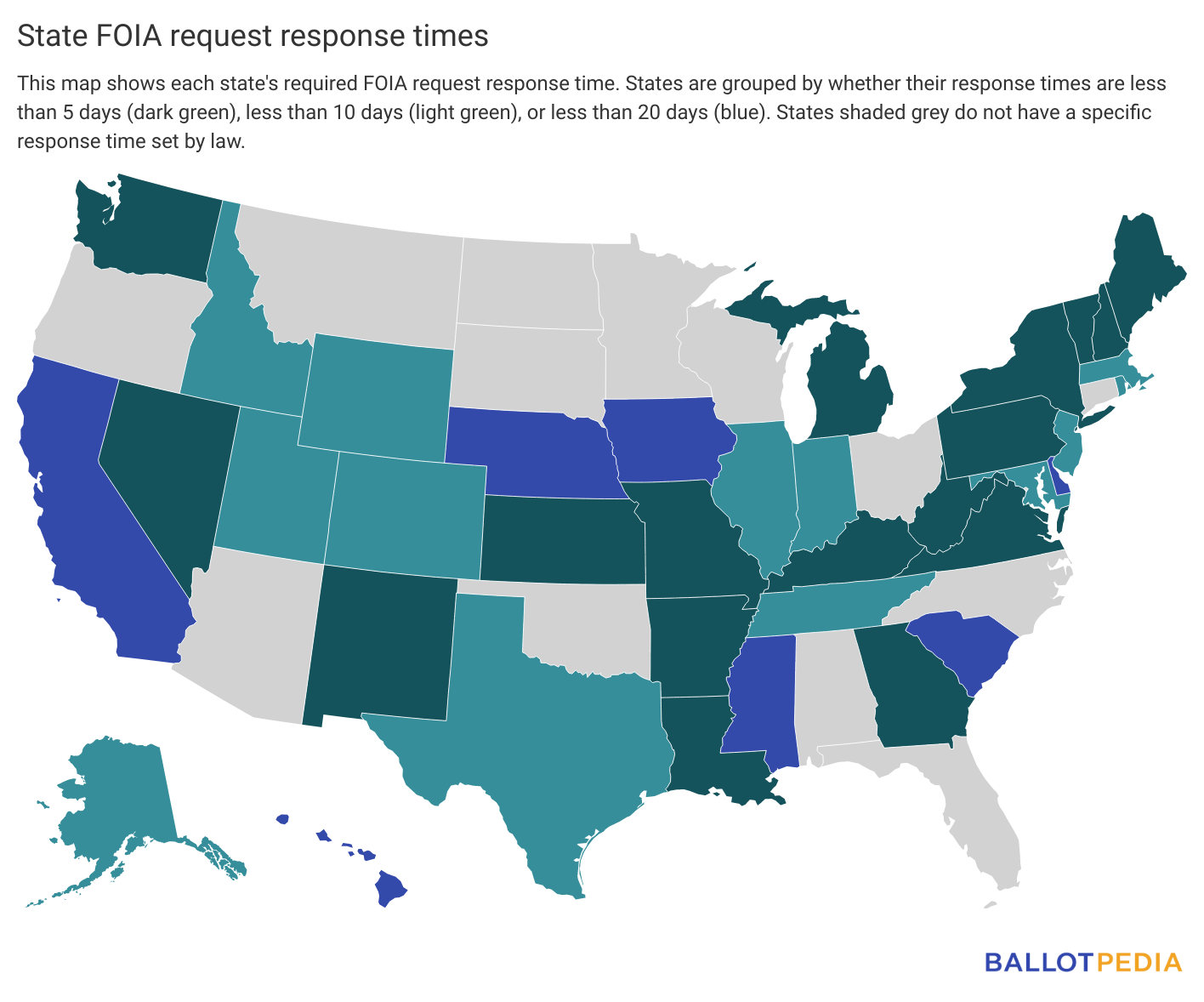 Of the 37 states that have time limits for responses, 10 allow agencies to extend response times in certain cases, while 27 states allow no exceptions. Some state laws allow a range of response times based on certain circumstances. For example, California law says a response must be given within 10 days for most requests, but also allows responses within 14 days under unusual circumstances.

One thought on “Comparing state response times to FOIA requests”