Rev. Rosaire Bisson, assistant pastor at the Christ Community Alliance Church in Barre, was suspended from giving devotions before the Vermont Senate for a year after he spoke in January about “everyone’s right to life.”

Both the Vermont House and Senate hear a brief 1-to-3 minute devotion on most days. The speakers are typically, but not exclusively, local religious leaders of all faiths. They are instructed to avoid any controversial or political issues. 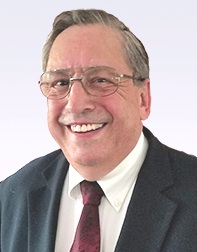 Bisson read his devotion to the Vermont Senate on Jan. 30, a week before a well-attended, contentious State House public hearing on H.57, the unrestricted abortion bill. (H.57 passed and is now in the Senate Health & Welfare Committee.) Several senators objected to what they said was controversial, issues-based content. Bisson was then told by Senate staff he would be ineligible to deliver any more devotions this year.

The entire devotion is printed verbatim below. Did it “cross the line” into controversy? Was the suspension consistent with the rules on devotionals? It’s a judgment call. What do you think?

“The Preciousness of Life”

In the Declaration of Independence, it states in the second paragraph, “We hold these truths to be self-evident, that all men are created equal, that they are endowed by their Creator with certain unalienable rights, that among these are life, liberty and the pursuit of happiness.”

There is a reason that among those unalienable rights listed that life is first, for without life, it is impossible to enjoy these other rights. Indeed, the Equality and Human Rights Commission also states in Article 2, “Everyone’s right to life shall be protected by law.”

In the first book of the Bible, Genesis, recognized by Christians, Jews and Muslims, we see clearly that God considers man unique among His creation. In chapter one and verse 26, we read, “Then God said, ‘Let Us make man in Our image.’” Also we see, that unlike the rest of His creation that came about as God spoke, He took special attention in creation of man. In chapter two and verse 7 it says, “the Lord formed the man from the dust of the ground and breathed into his nostrils the breath of life, and the man became a living being.”

A staple of our news media has been their reporting of the rescuing of an individual. Recently, in a joint House and Senate resolution, Sgt. La Rose was honored for the saving of a woman. In a recent incident in West Virginia, untold numbers of people spent over a million dollars to bring out of an abandoned coal mine, three people. We spend millions over decades to find a cure from cancer. And an important part of our law enforcement’s mission is the maintenance of safety on our highways, to protect life and limb.

We have rightly criticized nations who have historically disregarded life. The Romans as they abandoned their infants and were entertained by gladiatorial fights. Genghis Khan, as he killed 35 million Chinese, so that his sheep had more area to graze. And in the last century with Hitler and Stalin, as they killed millions for racial reasons or because they were considered feeble.

Because we in America have valued life so greatly, we have been distinguished around the world. Key purposes of government include the protection, promotion and provision of human life, especially its most vulnerable.

12 thoughts on “Statehouse Headliners: Pastor suspended from Senate devotions for a year after discussing ‘right to life’”