Sometimes even the best-laid plans fall through. Environmentalists are fretting their plan to replace California’s last nuclear power plant with green energy sources has been rejected by state regulators. 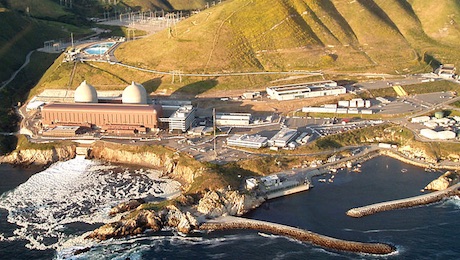 The California Public Utilities Commission (CPUC) on Thursday voted to close the Diablo Canyon power plant in San Luis Obispo County by 2025, but the commission mostly rejected a plan from environmentalists to replace the plant with green energy and energy efficiency programs.

“With this decision, the CPUC failed to take a promising step for California electricity customers and climate,” Peter Miller, western energy project director at the Natural Resources Defense Council, wrote in a blog post on the CPUC decision.

Diablo’s closure plan was announced in 2016 after environmental groups led by NRDC and Friends of the Earth signed a “joint agreement” with unions and plant owner Pacific Gas & Electric (PG&E) to shut it down.

But the CPUC’s approval makes no specific promise to replace Diablo Canyon’s generation with green energy, worrying environmentalists natural gas will fill the void, and it cut funding for local governments and workers.

“Instead, the commission punted on critical support needed to ensure an orderly transition and avoid a spike in carbon pollution,” Miller wrote.

“Given the lack of action on replacement resources and the disregard for the needs of plant workers and host communities, it is possible the California Legislature will take action to address these issues,” Miller wrote.

“There is no reason to approve a $1.3 billion rate increase for a proposal that will most likely either fail to achieve its goal or will achieve a goal not worth reaching,” the judge wrote in his decision.

Overall, environmentalists supported the CPUC decision to close Diablo Canyon, though it exposed some divisions in the movement.

Some environmentalists fought to keep Diablo Canyon, saying closing the plant would only result in more natural gas use — as what happened after the San Onofre nuclear plant was shut down in 2013.

The CPUC argued it was not hurting the state’s commitment to green energy and fighting global warming. CPUC officials said replacement sources for Diablo should be addressed by the state’s “Integrated Resource Plan” for energy procurements.

Image courtesy of Wikimedia Commons/Marya/CC BY 2.0