Since 1995, a little-known program operated by the state of Vermont “to inspire excellence in performance” has provided merit bonus pay to selected employees.  A Green Mountain Care Board lawyer received the largest bonus during a 19-month period from January 2017 to August 2018.

Judith Henkin, GMCB General Counsel, received $9,523.07 on Sept. 30, 2017. Ms. Henkin was in the news this July for arguing the GMCB position to not allow Vermont Health Care Advocate Michael Fisher to testify as an expert witness in a proposed Blue Cross-Blue Shield rate hike. Last December she sent Copley Hospital a letter criticizing them for earning too much revenue from their highly successful orthopedic department. 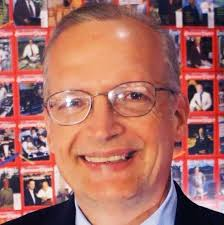 Guy Page is affiliated with the Vermont Energy Partnership, the Vermont Alliance for Ethical Healthcare, and Physicians, Families & Friends for a Better Vermont.

Twenty-one employees — including several senior level appointees — received bonuses of $2,500 or more. Their names, titles and dates of award appear below. The full list of recipients totaling about 500 state employees receiving an estimated $379,000 can be seen as Google document.

The State of Vermont merit bonus program began in 1995 as “a positive way to inspire excellence in performance and an appropriate way to reward those employees who contribute beyond expectations,” a 2001 Human Resources Dept. memo by then-Secretary for the Agency of Administration Kathleen Hoyt explains. The memo also answers the following questions:

How are merit bonus recipients selected? Each agency or department appoints an awards committee, which then sets its own criteria, within a set of established guidelines.

How is the size of the merit bonus determined? The bonus cannot exceed 8 percent of the employee’s annualized pay.

In addition to Ms. Henkin, these state employees received bonuses of $2,500 or more between January 2017 and August 2018:

The spreadsheet that provided this information is public record. It was provided by the VT Department of Human Resources to Daniel Brown, a Republican candidate for the Orange-Washington-Addison House seat in the Vermont Legislature, at his request.