Vermont leads all other U.S. states in illegal crossings along the Canada/U.S. border, U.S. Attorney Christina Nolan said this week in a WCAX-TV interview.

Illegal crossings are up 50 percent in the last year for the U.S. Border Patrol Swanton sector, which covers all of the Vermont border and parts of New York and New Hampshire. “This has got our attention,” U.S. Attorney Nolan said. “It’s a priority for our office.” 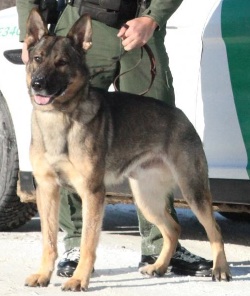 Nolan cited as one reason Canada’s relaxation of visa requirements for Mexicans and Romanians. Canada announced Dec. 1, 2017 Romanian (and Bulgarian) citizens would not need visas to visit Canada, shortly after Canada also waived visa requirements for Mexicans, as part of a trade deal over Mexican beef. The visa waivers are leading to increased human smuggling by organized crime, according to Global News, a Canadian news site. Nolan said “dozens” of organized crime groups are involved in this practice in Quebec. Illegal immigrants pay the smugglers about $4,000 per person, Nolan said July 24.

It is not known to what degree, or even if, Vermont’s “sanctuary” image has affected the increase. However, some key Vermont local, state and federal officials in the last year have not been eager to cooperate with federal border security efforts.

November 15, 2017, the U.S. Department of Justice identified the City of Burlington and the State of Vermont as possible “sanctuary” jurisdictions, warning them to comply with immigration law or lose some federal funding. Both city and state officials denied violating federal law, and pushed back. Gov. Phil Scott affirmed Vermont may withhold some police assistance and information from federal law enforcement. Burlington Mayor Miro Weinberger called federal immigration policy “draconian.” In a Dec. 15 letter to DOJ, he insisted Burlington police won’t inquire about immigration status and, if they suspect illegal status, aren’t required to report it.

A bill introduced into Congress by Sen. Patrick Leahy on June 28 would reduce the size of the federal Border Zone from 100 to 25 miles. Inside this zone Homeland Security may stop a car or search property without a warrant in pursuit of illegal immigrants. “The Border Zone Reasonableness Restoration Act of 2018” is co-sponsored by fellow Democrat Patty Murray and has been referred to the Senate Judiciary Committee. Sen. Leahy is a leading member of Senate Judiciary.

Images courtesy of Wikimedia Commons/Mobilus In Mobili and U.S. Customs and Border Protection