Just three years ago, carbon taxes seemed to be picking up steam in Canada with the progressively minded Prime Minster Justin Trudeau’s nomination in 2015. But just a few months ago, Ontario Premier Doug Ford was elected on a platform that prominently featured a repeal of Ontario’s carbon pricing scheme. If Ford fulfills this campaign promise and Trudeau continues to lose political clout, Canada will have only three provinces with some form carbon pricing, and seven provinces that do not. 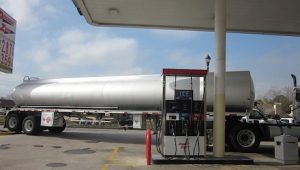 Back in 2016, Trudeau announced that Canadian provinces would have until 2018 to tax CO2 generated by businesses, at a rate that would increase dramatically over the next five years — this despite the fact that in that countries with the most draconian carbon tax provincial policies like the one in British Columbia are having little effect on CO2.

Foreign businesses are beginning to invest in other countries to avoid Canada’s carbon taxes. According to the Wall Street Journal, foreign direct investment in Canada fell 56 percent from 2013 to 2017, which has caused Canada’s prospects for economic growth to decrease. As a result, Trudeau has been forced to decrease his demands out of fear that his party would lose in the 2019 election.

As the Canadian government throws up economic roadblocks like the carbon tax, Canadian job creators are struggling to keep the Canadian economy globally competitive. Steve Williams, CEO of Suncor Energy, asserts that “the cumulative impact of regulation and higher taxation than other jurisdictions is making Canada a more difficult jurisdiction to allocate capitol in.” Dave McKay, President of Royal Bank of Canada, describes what less capital could mean for Canada’s future: “If we don’t keep the capitol here, we can’t keep the people here.” Fewer people means less specialization, and less prosperity overall. That is true in Canada, and it is true in Vermont.

Bad ideas eventually lose to good ones. It is only a question of how much damage these ideas do before they die. While Canada’s carbon tax advocates held the majorities necessary to push through a carbon tax, the implementation of such bad policies has a way of turning advocates into antagonists. As Thomas Jefferson once said, “Though the will of the majority is in all cases to prevail, that will, to be rightful, must be reasonable.” Canada’s carbon tax is not reasonable. Even now, new Canadian majorities are forming to remove this policy blight from Canadian shores.

But it is far easier to repel a carbon tax in the first place than to destroy an entrenched policy. Let us work to make sure our neighbors are aware of how devastating a carbon tax has been for Canada, so that Vermonters do not have the expend so much energy in repealing our own carbon tax.