In June, militant officials of the Professional Staff Congress (PSC) union, the American Federation of Teachers (AFT) union subsidiary that wields monopoly-bargaining power over faculty and other staff at the City University of New York (CUNY), passed a resolution sharply condemning Israel and branding Jews who reside in Mideast regions where many of their ancestors have lived since biblical times as “colonial settlers.”

Many CUNY professors such as Linda Allen, a specialist in banking and finance at Baruch College, are furious about PSC bosses’ decision to wade into Mideast politics, and call on the university to consider boycotting Israel and the Biden administration to cut off support for Israel. 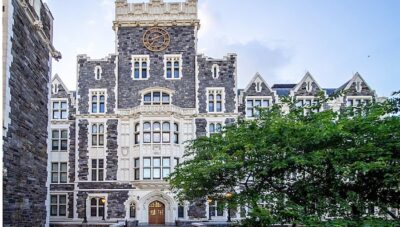 As Allen explained to a reporter early this month, PSC union officials “have no standing” and “no expertise,” and “they are unwilling to take any guidance from anybody.”

But thanks to Janus v. AFSCME Council 31, a U.S. Supreme Court case argued and won in 2018 by National Right to Work Legal Defense Foundation Staff Attorney William Messenger on behalf of an independent-minded Illinois civil servant, Allen and other likeminded CUNY employees have a truly effective way to fight back.

In Janus, the High Court found that statutes, then on the books in more than 20 states, authorizing the termination of public employees for refusal to join or bankroll a government union are unconstitutional.

As Justice Samuel Alito explained in his majority opinion, the law protects the individual public employee’s right to join and pay dues to a union. It also protects the rights of the employee who chooses not to join or resigns from the union:

“Neither an agency fee nor any other payment to the union may be deducted from a nonmember’s wages, nor may any other attempt be made to collect such a payment, unless the [public] employee affirmatively consents to pay.”

Prior to Janus, public servants like Linda Allen had a right to resign from a union, but could still be forced to pay for Big Labor bosses’ bargaining-related activities even after they had resigned.

Forward reporter Arno Rosenfeld summed up the impact of Janus in a July 13 article about how professors are now voting with their feet and their wallets against PSC union bosses:

“That change transformed leaving the union from a purely symbolic statement — while you would no longer be a member, you still had to pay dues — to one that had the potential to hit the organization’s bottom line: a CUNY professor earning $100,000 currently pays about $1,000 to the union each year.”

According to Resign PSC, an organization set up by seven faculty members to encourage their fellow CUNY employees to quit the PSC over what it describes as an “abhorrent,” “divisive,” and factually inaccurate resolution that “foments antisemitism,” there have already been more than 100 resignations from the union since June.  Potentially, the PSC hierarchy could pay a very steep price for refusing to respect the varied opinions of its rank and file.

Unfortunately, roughly three years after Janus, private-sector employees in the 23 states that still lack Right to Work legal protections may still be forced to bankroll unions that they never joined or from which they have resigned.  In many cases, that means workers have no choice but to fork over dues or fees to union bosses who have no respect for their opinions.

Even as vast numbers of unionized Pennsylvania and Ohio workers, along with their spouses and other family members, were casting ballots for Trump, union bosses’ forced union dues-funded efforts were propping up Biden in the Keystone and Buckeye States. And in Pennsylvania, Big Labor may well have made the difference for Biden.