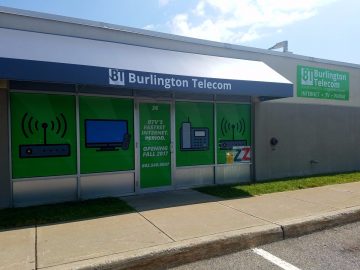 After the second 6-6 tied vote and subsequent 45-minute recess, the council resolved to approve a proposal by Councilman Ali Dieng, D/P Ward 7, that would have the two finalists enter a joint effort to run the telecom.

If the two parties succeed in drafting a proposal, then the council will take a vote on that proposal at their next meeting, Nov. 13. Councilors resolved that they should get the proposal no later than this Friday.

Representatives for Ting and KBTL addressed a handful of terms already in place for any potential agreement, including that a co-op business model will not be a prerequisite.

Council President Jane Knodell’s suggested Ting would likely be the primary entity in such partnership. She said the proposal, if there is one, would “probably be a Ting letter of intent with some kind of appendix or kind of supplementary document that is laying out the terms of the working together.”

If there is no agreed-on proposal, or if there is a proposal and it gets voted down by the council, the next step would be to bring back the four final bidders into the running for a final vote on Nov. 27.

That means KBTL and Ting would be rejoined by Indiana-based newspaper and broadband media group Schurz Communications and private equity firm ZRF Partners based in New Jersey.

Citibank has threatened to sue the city if KBTL is chosen, and a couple of the councilors noted this could lead to very costly and litigation for the city. In 2014, a $33 million lawsuit resulting from Burlington Telecom’s default on its loan was settled with the requirement that the telecom must be sold.

Another matter is that Bluewater Holdings, which owns Burlington Telecom’s assets and leases them to the city, is required to sign off on any sale. Bluewater attorney Michael Furlong called KBTL’s financing “junk bond credit or worse,” and he also has expressed concerns about the co-op’s lack of management experience.

And time is running out. Burlington City Council must choose a buyer by the end of the year or it loses a 50-50 deal on the proceeds with Bluewater.

Prior to the first vote Monday evening, nearly every council member offered a speech explaining why he or she was going to pick KBTL or Ting. Arguments for Ting included that it’s a reputable company with the experience, personnel, technology and finances to run the telecom and expand around the region.

The arguments for KBTL largely boiled down to local control, and the notion that the city should not give up its original ambitions to manage its own telecom company. There were some arguments that the potential long-term financial benefit would be higher with local ownership.

Councilwoman Karen Paul, D-Ward 6, tallied a long list of reasons why she felt the “net societal benefits” of Ting made the decision an easy one.

She said the keep-it-local movement needs to open their minds more to outside ideas.

“Growing up in Burlington, I’ve always been attached to the buy-local argument, the keep-it-local mantra. … The truth is, we’re actually pretty hard on outsiders that we don’t think adhere fiercely to our values and priorities. Sometimes we don’t even give them a chance,” Paul said.

Dieng, who made clear he was voting for KBTL, based his vote on supporting the work of the Burlington Telecom employees.

“Those are the best people that turned this company around, and all of us have been underestimating them, saying KBTL doesn’t have experience,” he said. “We don’t want KBTL to run it; we want those 30 or 35 [Burlington Telecom workers] to keep on operating it.”

While telecom employees chose not to speak at this hearing and, according to one councilor, had requested that they not be used as political pawns, a couple council members alluded to the notion that at least some of them do not prefer KBTL.

“They know enough about their business to understand that success is not assured — it depends on hard work and dedication, but also it rides on knowledge and experience and vision, and careful planning. So what do they say to us? Why are they so concerned?” said Councilor Richard Deane, D-East District.

“What they see is the very real possibility that their Burlington Telecom, where they have invested their best energies, will be sold to a group of investors, that although well-intentioned and community minded, are under-capitalized, burdened by debt, have no experience running a telecom, have little in-depth understanding of a telecom and a fiber-to-home space, and have no clear vision for the future.”

Councilor Sara Moore, P-Ward 3, who voted for KBTL, said she came away from her discussions with telecom employees conflicted. And she hinted that additional options were already in the works before this council meeting.

“I mean, $17 million is a lot of money,” she said, referencing the gap between the two bids. “So I guess the reason that I can justify accepting a bid that is so much lower, recognizing that it has its flaws, is knowing that asset is retained locally.

“It’s not like we are just selling it off, we’re retaining it. So I am hopeful that there will be some other options.”