MONTPELIER — There won’t likely be a veto session, but there will be a showdown at the Statehouse to handle unfinished business on the state budget.

Gov. Phil Scott on Tuesday named a date for a special session to address financial matters after his expected veto of the $5.86 billion budget proposed by the Legislature. It will begin May 23 and likely run for two days.

In recent weeks Scott has doubled down on his 2016 campaign promise of no new taxes or fees. He continues to emphasize that Vermonters are exhausted from the high cost of living and high costs for businesses.

He has said he will not support the current budget proposal that would increase taxes on Vermonters by almost $50 million, including $33 million in property taxes. Instead, he is urging lawmakers to fix the budget deficit using this year’s $82 million in revenue growth, $34 million from the attorney general’s tobacco settlement, and $44 million in revenue surpluses.

“That’s $160 million more revenue available to them without raising taxes,” Scott said in a statement.

Meanwhile, his political opponents, including his own lieutenant governor, are saying the Vermont governor should cooperate with the majority party on the budget and other bills he has threatened to veto.

“Unfortunately, there has also been a void in leadership from the Governor,” Lt. Gov. David Zuckerman said in a statement. “On many critical issues, incomplete ideas were presented at the last minute making it impossible for sufficient legislative vetting.”

House Minority Leader Don Turner, R-Milton, told True North that while the Republican caucus had a mixed vote on the budget, he personally backs the governor.

“The governor was very clear for many weeks that he wasn’t going to raise taxes or fees. That is what he ran on and that’s what he’s delivering, and I fully support that,” Turner said. “I think with the additional $180 million in revenue that we should be able to balance the budget and go home without raising taxes.” 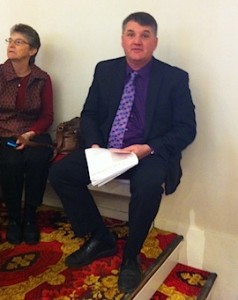 Turner added that there is another $9 million found in the education fund and other estimates that Scott may not have included in his $160 million figure for extra funds. In any case, they agree that there’s enough extra money available to avoid tax hikes.

Asked how taxes are going up with so much extra revenue, Turner noted that some surplus money is going to unfunded debts such as $34 million towards the state’s future pension liabilities. The governor himself has referenced unfunded debts as a priority.

However, Turner doesn’t see a strong chance that Scott’s anticipated vetoes will be addressed in the special session. Bills Scott intends to veto include the $15 minimum wage hike, paid family leave and others.

“Those bills all died,” Turner said. “In the special session, it’s an entirely new session. We’ll have to take up those bills all over again just like they did before.”

Turner said those bills could still come up again in the special session, but he doesn’t predict it will amount to much.

Turner said his side has already offered up terms for a compromise. His goal is to pass the budget and no new taxes and fees “using as much of the one-time money to fill a gap with the understanding that there are some policy changes that will reduce spending in the out years so we don’t have more and more one-time money required.”

8 thoughts on “Special session scheduled at Statehouse for budget showdown”