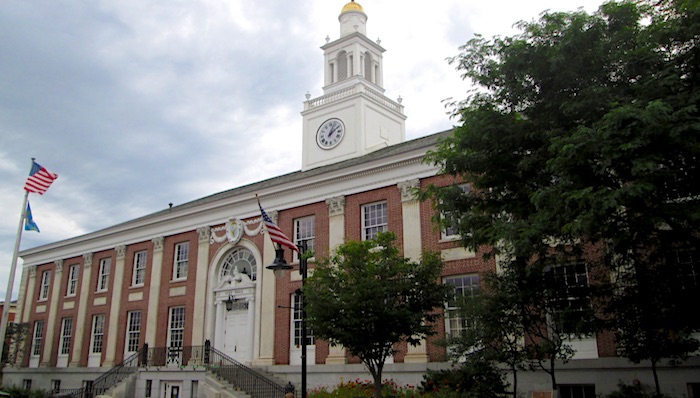 THROWING HAT IN THE RING: The Burlington City Council has been without a Republican for two years, but the local GOP hopes to change that in a special election in August.

The Burlington GOP will hold a special meeting Friday evening to choose a candidate to run for the city’s Ward 3 seat, which was left open after former councilor Brian Pine resigned.

Pine, the prior city councilor for Ward 3, a Progressive, left the position in late May after Burlington Mayor Miro Weinberger appointed him to lead the city’s Community and Economic Development Office.

The Democrats have nominated Owen Milne, the current executive director of the Lake Champlain Community Sailing Center. The Progressives have at least four candidates. No Republicans ran for the seat in 2019.

Leave it to BTV Democrats to carry out a let’s pretend open caucus! #btv #vtpoli https://t.co/ZuhtRtNPRo

Milne has an extensive resume, according to his candidate page to become a board member at the Vermont State Employees Credit Union.

“He has served on over ten different nonprofit boards and government commissions since 2008, and brings a wealth of experience in board governance, financial oversight, community investment, and public/private partnerships,” it states.

The Burlington City Council currently has no Republican members. The current composition is five Progressives, four Democrats, and two independents. While Milne is running as a Democrat, he’s also seeking an endorsement from the Progressives.

In 2019 Burlington City Council President Kurt Wright, the last Republican on the council, stepped down, saying he was retiring from politics.

The four Progressive candidates are Ryan Addario, Julie Macuga, Joe Magee and July Sanders.  The latter three have spoken out strongly against the basing of military jets in the city.

“They are a nuisance and disruptive where I live, but down right scary in other areas,” Sanders told cancelf35.substack.com. Addario would like to see “those who are most affected have the resources they need to minimize the noise” to mitigate disturbances.

Macuga’s candidacy announcement states that she is “passionate and experienced in resisting systems of oppression, especially the fossil fuel industry.”

Magee’s Linkedin page includes a note that he worked for Sen. Bernie Sanders, I-Vt., for both his 2018 and 2020 campaigns.

According to Addario’s candidate page, he has spent his young professional years in the city “working for local non-profits on causes like affordable housing, and supporting survivors of domestic violence.”

Pine told local media that he is happy with the new opportunity to work for the city.

“I’m grateful for the opportunity to rejoin the CEDO team in support of our mission or the mission to engage the community in finding solutions to achieve our collective vision for an equitable, safe and truly inclusive city with real opportunities for all,” Pine said.

The special meeting will be held at 7:30 p.m. Friday on Zoom. Contact Burlington GOP secretary Karen Rowell by email at karenburlington@yahoo.com for the link. The special election is to be held on Aug. 17.