Local candidates have received a slew of big endorsements in recent weeks, including ones from former Vermont Govs. Jim Douglas and Howard Dean, and former Arkansas Gov. Mike Huckabee.

Myers Mermel, of Manchester, has jumped into the race for U.S. Senate in hopes of replacing retiring U.S. Senator Patrick Leahy, D-Vt.

Mermel, who has had a 35-year career in commercial real estate finance and banking, is running as a conservative who seeks practical solutions to issues such as inflation, high gasoline prices and high food prices. This week he received a ringing endorsement from former Arkansas Gov. Mike Huckabee, a fellow Republican he has known for 14 years.

Mermel said his experience with equity and debt capital markets, housing, and zoning and business operations will translate to fixing the sagging economy.

In a video describing “a new kind of conservative,” Mermel outlines his positions — including that he would like to attract more out-of-state business to Vermont, including Tesla.

In the August primary Mermel will be running against former U.S. attorney for Vermont Christina Nolan, who announced last month that former Vermont Gov. Jim Douglas will chair her campaign. 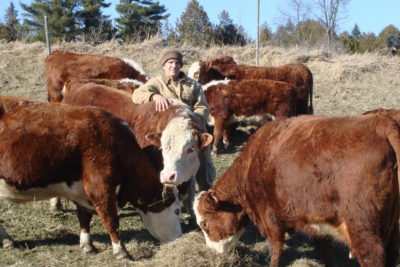 Brookfield farmer and attorney John Klar also has the former Vermont Republican governor in his camp. Klar, who is running for state Senate to represent Orange County, announced Thursday that Douglas has endorsed his candidacy.

“We need balance in Montpelier. We need real-world experience. John Klar has the energy and the background to tackle our problems. I hope he’s the next Senator from Orange County,” Douglas said.

In other endorsements news, former Vermont Gov. Howard Dean is supporting Democratic candidate Brenda Siegel to be the state’s next governor. She is the only Democratic challenger so far to announce a run against Republican Gov. Phil Scott.

“Brenda will meaningfully address the housing shortage, the overdose crisis and will support and strengthen our education system. She also will stand firm in her support of the Vermont State Employees and teachers,” Dean said.

Climate activist and 350.org founder Bill McKibben, of Ripton, is supporting Senate President Pro Tempore Becca Balint’s run for U.S. House. The green energy advocate and Middlebury College professor said of Balint that she will be “a superb representative for our small state in Washington.”

Douglas also has endorsed state Sen. Joe Benning, R-Caledonia, to be the next lieutenant governor of the state.

“He’s been a Senate leader, he works hard, he loves Vermont, and he’s respected by his colleagues across the political spectrum,” Douglas said. Benning will face conservative candidate Gregory Thayer in the Republican primary.

Images courtesy of Myers Mermel and John Klar for Vermont

2 thoughts on “Slew of endorsements announced, including one for new GOP U.S. Senate candidate”