Six Vermonters are awaiting a judge’s decision on their lawsuit against Gov. Phil Scott, Attorney General TJ Donovan and Health Commissioner Mark Levine for what they say is an egregious abuse of power to control people’s lives during the coronavirus pandemic.

The plaintiffs, who are representing themselves, filed a second amended complaint March 13 in the U.S. District Court for the District of Vermont. Plaintiffs are listed as Jim Hogue, Emily Peyton, Karen Eddings, Morningstar Porta, Kathleen Tarrant and Deborah Dailey. 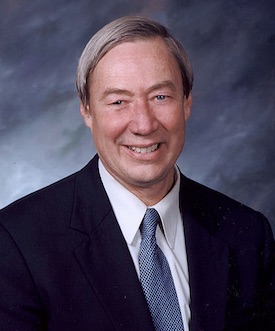 U.S. District Court Judge William Sessions is expected to make a decision this month to allow or dismiss the case. The original complaint was filed Dec. 23. Plaintiffs seek a jury trial.

The lawsuit alleges that the coronavirus remains relatively harmless for non-elderly and generally healthy individuals in Vermont. According to Vermont Health Department data, as of Sunday the state has seen only 15 COVID-19 deaths under age 60 over the past year. It also states PCR tests are unreliable, masks are harmful and ineffective, and coerced vaccinations without proper animal testing is a violation of the Nuremberg Code for permissible medical experiments.

Plaintiffs allege the threat of the virus was originally miscalculated, and the actual threat does not provide legal justification for the state of emergency declared by the governor over the past year.

“It was only indicated for the first weeks of the pandemic until it was clear that a 3.4% death rate was a false number which would have resulted in 21,215 dead Vermonters,” the lawsuit states. “Other States have ended all mandates, one never implemented any, instead respecting the rights and wisdom of the people to choose for themselves.”

Violations of Vermonters’ rights alleged by plaintiffs include the rights to peaceably assemble, to exercise religious freedom, to travel, to pursue happiness, to have due process, to exercise freedom of speech and to be free of search and seizure.

For relief, the plaintiffs are urging the court to halt mask mandates, quarantines for asymptomatic people, and vaccination mandates. They also request public hearings on COVID-19 with health officials who are independent of the WHO, CDC and NIH.

In addition, plaintiffs seek the reopening of the Statehouse, full disclosure of side-effects related to COVID vaccines, and a $100 million bond established from defendants’ own means “to repair the economic harms stemming from physical harm of the experimental injections to the public by order of these Defendants.” To cover their court costs, plaintiffs seek damages of $100,000 thousand each, “including costs of equivalent to local attorneys while acting pro se.”

In an email to True North, Peyton wrote that the plaintiffs are especially concerned about coerced vaccinations.

“The Governor stated in a presser that the Government cannot force a EU vaccine on people,” Peyton wrote. “The Government should not ever force any person to do anything with their body they do not agree to. That makes the Government owners of our bodies, and this is a violation of the abolition of slavery clause.”

The complaint says COVID-19 vaccines are “experimental injections that have not been determined safe through animal testing,” and that the state’s vaccination plan is about “dictatorial governmental control of individuals’ body and health and profits to be had by means of that control of the individual.”