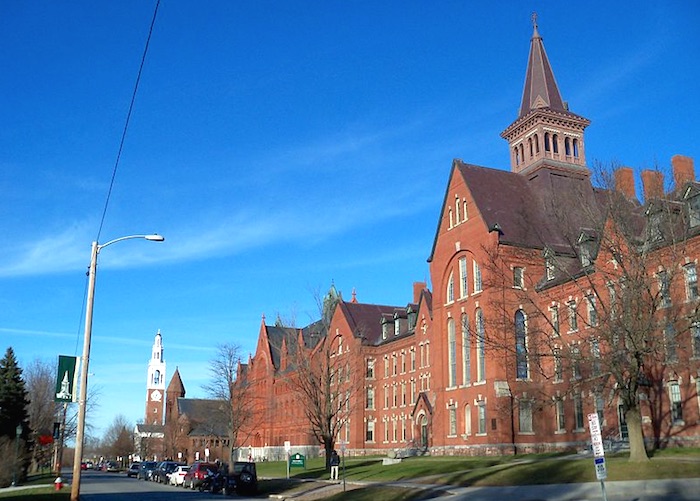 FREEDOM OF THE PRESS?: The University of Vermont got caught up in a freedom-of-the-press controversy with its own school newspaper after school leaders blocked two reporters from covering a planning meeting regarding a dangerous intersection on campus.

Burlington’s Public Works Department likely acted within its legal boundaries when it prevented UVM student newspaper reporters from attending an October planning meeting about a dangerous campus intersection, according to Vermont’s deputy secretary of state.

On Oct. 16, city and school officials met with members of the Student Government Association for the initial planning phases on how to improve the intersection of University Heights and Main Street, where pedestrians encounter busy traffic from vehicles.

However, when two journalists from The Cynic, the school’s newspaper, attempted to cover the meeting, they were turned away. When the student reporters asked who didn’t want them at the meeting, UVM spokesperson Joe Speidel reportedly replied, “Does it really matter?”

The confrontation has resulted in a public relations backlash for school administrators and the Public Works Department, as the move has been viewed by some as a violation of press freedom as well as the spirit of Vermont’s open meetings law.

However, in a recent exchange with True North Reports, Vermont Deputy Secretary of State Chris Winters said Vermont’s public meeting law may not apply to the Oct. 16 meeting at all.

While the Oct. 16 meeting may not have fallen within that definition, The Student Government Association representatives who attended the meeting have sided with their student peers in public comments.

“Intersection safety at U-Heights is an issue that has been pushed forward by students and ultimately is a student safety issue,” SGA President Jillian Scannell, a senior at UVM, told the Cynic.

The Cynic, issuing an editorial response, said the paper “cannot fulfill its promise to students” to provide accurate news when “a mile of bureaucratic red tape” blocks it from conducting important interviews.

When contacted by True North, Speidel made reference to UVM’s executive director of news and public affairs, Enrique Corredera, who said the decision to keep reporters out of the meeting was made by the city, not the university.

Karen Horn, director of public policy and advocacy at the Vermont League of Cities and Towns, essentially agrees with Winters. She told True North that a public body is any board, council, commission, committee or subcommittee of a municipality.

In a July 28, 2014, letter to Burlington Mayor Miro Weinberger, department heads, and city councilors, Burlington City Attorney Eileen Blackwood wrote that “the City Council and all boards and commissions established by the Charter or by City Council resolution or ordinance are defined by the law as public bodies, as are all the committees that these bodies create to assist them in their work.”

The letter goes on to say that citizens who meet together but do not include regular members are not considered a public body.

The public meeting law also states that public bodies can operate in an executive session as long as the purpose is publicly stated first and then any policy decisions are made after the body reopens to the public.