By Madison Hirneisen | The Center Square

Thirteen Secretaries of State led by Colorado Secretary of State Jena Griswold filed an amicus brief with the United States Supreme Court in Moore v. Harper, a case that will have the court considering the “independent state legislature” theory.

The Supreme Court will hear oral arguments in Moore v. Harper in December, a case brought forth after the Republican-controlled North Carolina Legislature adopted a new congressional voting map based on 2020 Census results. A group of Democratic voters and nonprofit organizations alleged the map was a partisan gerrymander that violated the state constitution and challenged it in court, according to Ballotpedia. 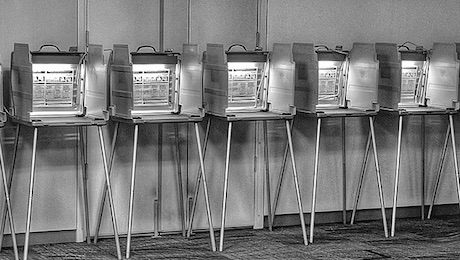 The “independent state legislature’ theory at the center of the case is a doctrine that asserts only state legislatures can make laws to regulate federal elections. The case before the court considers this theory and ponders whether State Courts are prohibited from reviewing state election laws under the Constitution.

In February, the North Carolina Supreme Court ruled that the state could not use the map in the 2022 elections, describing it as an “egregious and intentional partisan gerrymander” to benefit Republicans, according to the Brennan Center for Justice.

North Carolina lawmakers proposed a second map that was not accepted by the court, resulting in the court ordering “special masters” to draw a fair congressional map.

North Carolina Republican state legislators filed an emergency appeal with the Supreme Court to try to put the gerrymandered map back in place, but the court ended up denying the request. In a dissent, however, justices stated that the independent state legislature doctrine was an important topic for the court to resolve, according to Ballotpedia.

In March of this year, North Carolina House of Representatives Speaker Timothy Moore filed a request asking the Supreme Court to review the lower court’s decision. The court granted the request in June 2022.

The ‘independent state legislature’ theory at the center of the case is a doctrine that asserts only state legislatures can make laws to regulate federal elections, according to Democracy Docket. The case before the court considers this theory and ponders whether State Courts are prohibited from reviewing state election laws under the Constitution.

If the theory is upheld, some officials fear it could result in unchecked power for state legislatures to regulate federal elections. In the submitted amicus brief, the 13 Secretaries of State raised concern about the theory.

“All states have built up substantial reliance on the founding principles and [the Supreme Court’s] opinions that have reaffirmed state legislature’s regulations of elections are subject to the checks and balances of state law,” the amicus brief states. “Dismantling those legal regimes now based on a mistaken legal theory alien to our country’s history and this Court’s precedent would have far-reaching and unpredictable consequences on our country’s elections.”

The brief also points out that the Supreme Court has historically “respected” judicial review over state election laws, adding that “upending the role of state courts in interpreting state election laws could unsettled established case law in the states.”

8 thoughts on “Secretaries of state, including from Vermont, warn ‘independent state legislature theory’ would upend elections”