Eliminating the use of standardized college admission tests to judge college applicants in order to increase diversity on campus is not working, according to an October report.

Colleges that eliminated mandatory testing for applications, going “test-optional,” are struggling to fairly assess students because they lack standards to judge the applicants, according to a report by Vanderbilt University Assistant Professor Kelly Slay. While test-optional admissions have increased applicants, a lack of academic standards has created a “chaotic” and “stressful” process leading to bias that was intended to be ignored.

“One of the things we concluded is that test optional does not mean an increase in diversity – racial diversity or socio-economic diversity,” the report stated. 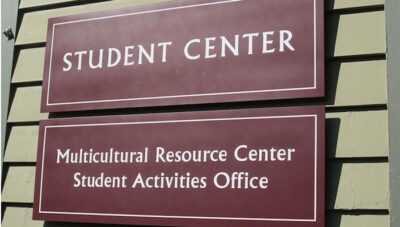 While test-optional admissions have increased applicants, a lack of academic standards has created a “chaotic” and “stressful” process leading to bias that was intended to be ignored.

More than 1,700 colleges did not require students to submit college admissions tests such as the SAT and ACT with their applications, according to the report.

A study by the American Educational Research Journal found that schools which eliminated admission test requirements before the COVID-19 pandemic in order to increase diversity saw a 1% increase in diversity of black, Latino and Native American students. Low-income students, who test-optional admissions also seek to target, only increased by 1% as well.

“It’s really hard to ignore test scores if that’s the way you were trained to review applications and think about merit,” the report stated. “If the standardized test is there in the file, it might still bias you in ways that you’re not aware of. It’s an anchoring bias.”

John Sailers, a fellow at the National Association of Scholars, a nonprofit focused on reforming higher education, told the Daily Caller News Foundation that going test-optional is not the solution to increasing diversity as it makes the admissions process murkier.

“It’s pure magical thinking to expect good results by eliminating standardized tests,” Sailers told the DCNF. “From the start, it’s been clear that removing objective tests from admissions would erode standards—and it has—while simultaneously giving a greater advantage to wealth students who can game the ‘holistic admissions’ system.”

High institutions are also using diversity, equity and inclusion statements to vet faculty and students; professors at the Indiana University School of Medicine are to write a “short narrative DEI summary” if they wish to be tenured.

Harvard University and the University of North Carolina use race-conscious admission policies, but despite this they still struggle to increase the presence of minorities on campus.

Nicole Neily, president of Parents Defending Education, a parental rights in education group, told the DCNF that test-optional policies require college admission officers to use other areas of merit which still creates a bias.

“Through policies like ‘test optional,’ academic excellence is being sacrificed on the altar of diversity and equity – often to the detriment of the very students of the very students such initiatives purport to help. By replacing standardized tests with so-called ‘holistic’ admission efforts, schools now simply use subjective factors like ‘personality’ to reject qualified students – which unsurprisingly, disproportionately, impacts students whose test scores would otherwise have earned them places in a merit-based program. Artificial attempts to craft a student body on the basis of race – no matter intent – is not only immoral, but also unconstitutional.”

Slay did not immediately respond to the DCNF’s request for comment.

5 thoughts on “Colleges chose diversity over merit. Now, they’re getting neither”