Addressing decades-old regulations in housing are the focus of Vermont’s top elected official.

Taking to his official Facebook page, Republican Gov. Phil Scott said the state has invested $500 million in housing over the past two years, but the state is being held back from advancing housing by regulations he said need to be addressed this year. 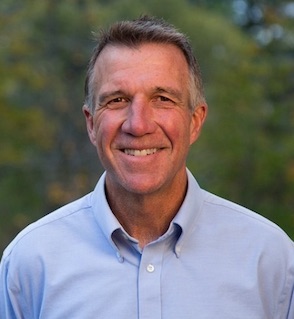 “These were put in place at a time when Vermont was growing at a record pace and the spike in development raised legitimate concerns about preserving farmland and our small-town character,” Scott said in the post. “But now, those regulations are making it more difficult to renovate and modernize housing stock we desperately need. Worse yet, some restrict the ability to build homes that fit the needs of more diverse, or lower income families.

The regulations, Scott said, give power to very small groups of residents yet “stand in the way of projects.” He said the groups simply don’t want the projects “in their backyard” and are not due to a “legitimate environmental threat.”

The veteran governor pointed to a project in Middlebury that is slated to build 100 units and has local support and adheres to the town’s planning. However, he said Middlebury is not exempt from Act 250, which was created in 1970.

Scott said, in the post, that a “single opponent” could derail the project.

“That is a much needed, well-planned project in Addison County’s economic center and the type of targeted development we should all support,” Scott said.

Scott pointed to a homeless shelter in Hartford that is currently being supported with the help of local zoning law. Also a proposed senior living project in Castleton has been rejected under its current plan due to a quirky local zoning law.

In the community, each unit would be required to have a kitchen, Scott said, while the plan features memory care units that do not feature kitchens.

“The project would let older Vermonters stay in the community they love, and free up their larger homes for young families,” Scott wrote in the post. “It would also create the desperately needed skilled nursing beds and give practical training for the nursing students right next door.”

Scott wrote the project is “win-win,” but it won’t work due to kitchens not being designed into the memory care units.

The third-term governor said the housing system not being updated is why Vermont is facing “the housing crisis we face today.”

“I know a number of you are working to change this,” Scott wrote. “For any legislators who ran on housing as a priority, I hope you join us at the table. Because in order to make the most of the hundreds of millions of dollars we’ve invested and build homes as quickly and affordably as we can, we need smart regulations that reflect the realities of today, and we need them this session.”

Images courtesy of Public domain and Phil Scott for Vermont