Vermont Gov. Phil Scott has signed a bill that will let municipalities pass rules requiring masks but said he and legislative leaders still have “extreme differences of opinions regarding COVID strategy.” 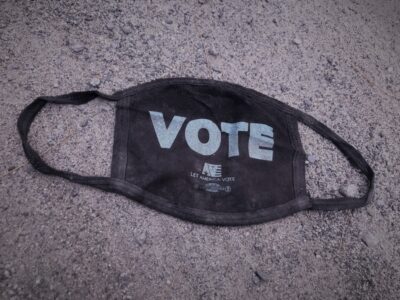 The House agreed to the bill by a vote of 90-41 after a long debate of whether municipalities could impose criminal penalties for citizens not adhering to the rule.

“Legislative leaders believe we need to return to a state of emergency, impose a statewide mask mandate and a host of other restrictions,” Scott said Tuesday during a news conference. “And I don’t.”

Scott called for Monday’s special session as COVID-19 cases are increasing in Vermont, despite the state’s high vaccination rate and low hospitalization rates.

Senate President Pro Tempore Becca Balint, D-Windham, and House Speaker Jill Krowinski, D-Burlington, said in a news release before the special session they were disappointed a broader approach was not taken.

Other Democrats said they were disappointed Scott wouldn’t take a mask mandate further as he could do so without involving the Legislature.

“I don’t believe the heavy-handedness of this resolution is necessary,” Sen. Randy Brock, R-Albans, said.

The House agreed to the bill by a vote of 90-41 after a long debate of whether municipalities could impose criminal penalties for citizens not adhering to the rule.

Rep. Anne Donahue, R-Northfield, proposed an amendment that would bar municipalities from charging residents criminally, but it was voted down, 86-46.

The law will allow municipalities to establish a mask policy that will be in effect for 45 days. The municipalities can renew the policy every 30 days, but the law expires April 30.

“Council has asked City Manager to write a letter to the City’s representatives urging them to advocate for state-wide mandates,” Fraser said in his weekly update. “The City Council has also reported their support for implementing a Montpelier mask mandate if this legislation passes.”

“I believe they will be divisive and counter-productive,” Scott said at his news conference.

Scott has advocated for vaccines and booster shots. Last week, he directed the Agency of Human Services to provide booster shots for anyone over the age of 18.

“At this point, we need to shift to getting everyone boosted to help reduce the disruption of higher cases and minimize transmission to at-risk Vermonters, particularly through the winter months,” Scott said.