At his weekly press conference, Gov. Phil Scott spoke about teen girls being banned from the girls locker room following a dispute about a transgender student on the Randolph Union High School volleyball team.

“I don’t have all the details on that issue, I’ve heard different accounts,” the governor said. “I will say this, we have to be open-minded, understanding, with empathy, and to put ourselves in someone else’s shoes and to try and take the hate out of this entire situation.”

Scott continued to take a strategy of calling for understanding from both sides. 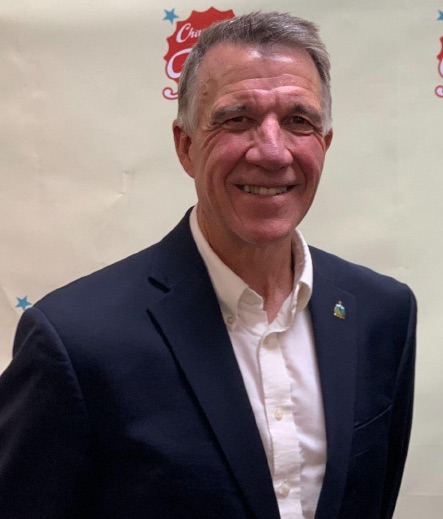 “Whatever we do as we move forward, we need to make sure that we do so without all of the divisiveness that we are seeing,” he said. “… I just think we all have an obligation to dial down the rhetoric and listen to the details and the facts.”

Other officials in the administration were pressed by a reporter about if they will support parents who don’t feel comfortable having a biological male in the girls’ locker room.

Education Secretary Dan French implied that schools currently have policies in place to handle these types of situations.

“Certainly I think school districts have the required policies to address these types of issues — discrimination in any form is illegal and not to be tolerated in schools,” French said. He said policy goals for these issues are “to ensure that student rights are protected but also that due process procedures are followed to do a proper investigation of the claims.”

French insisted that they are listening and that they can deal with these conflicts.

“I totally understand that,” he said. “Again, school districts have options on how to implement these kinds of concepts.”

During the opening of the conference, the governor focused on career paths for Vermonters in the trades.

“I think as a state we can do a better job promoting the career path making our kids aware of the opportunities earlier,” he said. “… You’ve heard us talk a lot about the billions we’re investing in the coming years in coming years in housing, broadband, water, sewer, and stormwater infrastructure, roads and bridges, and more.”

The governor talked more about how Vermont struggles with demographics particularly when it comes to its workforce. He stressed the importance of joining the trades in today’s economy.

“To me, it’s just as important, valuable, and impressive to become an electrician, a welder, or EMT, or get a CDL as it is to get an Ivy League education,” he said.

French shared some statistics regarding the trades in Vermont.

“32% of Vermont juniors and seniors participated in CTE [Career Technical Education], so about a third of our students,” he said. He added that 25% of their graduates are in post-secondary credentials in their programs.

He said that 93% of graduates of their CTE programs end up either in the military, college, or post-secondary training by October of the year following their graduation.

Labor Deputy Commissioner Dustin Degree commented on how demand for these types of workers has risen substantially.

“Anyone who has needed the services of a skilled contractor in the last few years, understands the importance of highlighting and supporting this important sector of our economy, as well as helping to educate folks on just how lucrative and rewarding these careers are for those who chose to pursue a job in the trades,” he said.