Not all major media sources agree that Biden will win Pennsylvania. For example, Real Clear Politics says Pennsylvania is still in play. So, of course, does President Donald Trump, who has filed lawsuits challenging the constitutionality of Pennsylvania’s counting ballots received after Election Day. 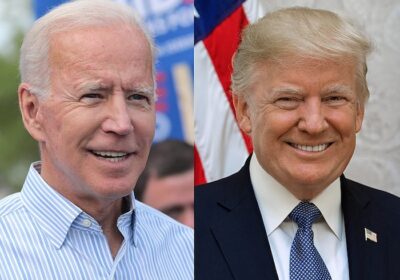 At his press conference Tuesday, Vermont Daily asked Gov. Scott if he had spoken too soon: “Governor, not all reliable national media have ‘called’ Pennsylvania for Joe Biden and said he has 270 votes. Given that the national Associated Press that “called” PA for Biden was also extremely critical of the president and wouldn’t cover the Hunter Biden laptop story, do you wonder if maybe you jumped the gun a little in congratulating him as the President-elect?”

“No, I don’t believe so,” Scott answered. “Even a Republican senator from Pennsylvania [Pat Toomey] … believes the election went to Biden. I don’t believe I jumped the gun on this.”

But 2020 is no kind of normal year, election or otherwise. AP is the same news organization that downplayed the Hunter Biden laptop story. For many states including Pennsylvania, this year’s mail-in voting process is new and untested. In the coming weeks, the courts will determine if fraud allegations are legitimate and if so whether fraud significantly affected the outcome of the election.

Scott, a Republican who has never hid his dislike for Trump, told reporters last week that he had voted for Biden. Saturday, he offered his wholehearted congratulations: “I want to congratulate President-Elect Biden and Vice President-Elect Harris,” he began. “I also want to recognize this historic moment as we see the first ever woman, and the first ever person of color, reach the U.S. vice presidency. It is my greatest hope they will be successful in uniting our country and leading us forward through these difficult times.”

Like Biden, he called for national peace and unity.

“And regardless of who we voted for, each of us must do all we can to heal our nation. We simply cannot go on with the level of division and polarization we’re seeing,” Scott said. “It is preventing us from addressing our greatest challenges and strengthening adversaries who want to dim the bright light of liberty and economic opportunity that America represents in the world.

Not all of the 548 commenters on his Facebook page agreed with him, of course.

“Really Phil? The media does not elect the President. Electors haven’t been chosen yet and they do not meet until Dec. 14th. A lot can happen in 6 weeks……” – Bob Readie of Moretown, a 2020 Republican candidate for the Vermont House.

“If the Democrats had done what you just said 4 years ago, we wouldn’t be in this division. But no, they couldn’t let it go for 4 long years. I hope Biden does keep his promises like President Trump has. Governor are you sure you are a Republican?” – Linda Barrows

Many, of course, were complementary of the governor who won three-quarters of the popular vote, including Ann Cheever:

“Thank you Governor Scott for choosing the best candidate over party, I’ve always felt you were that kind of man and leader. Now you will get the federal support you have so needed to battle this virus. You have been protecting Vermont by yourself and doing an outstanding job! I’m sure you never imagined when you became Governor that you would face this kind of challenge. Even though I don’t always agree with you, I am grateful for your strength, grace and resolve. Thank you.”

But some critics, like William Glen, thought his congrats were premature:

“Mr Biden is not yet the president elect. The outcome of the presidential race is yet to be determined. The claims of massive voter fraud must first be investigated. There is every possibility at this point that the American people re-elected President Trump.”

12 thoughts on “Scott denies congrats to Biden congrats are premature”