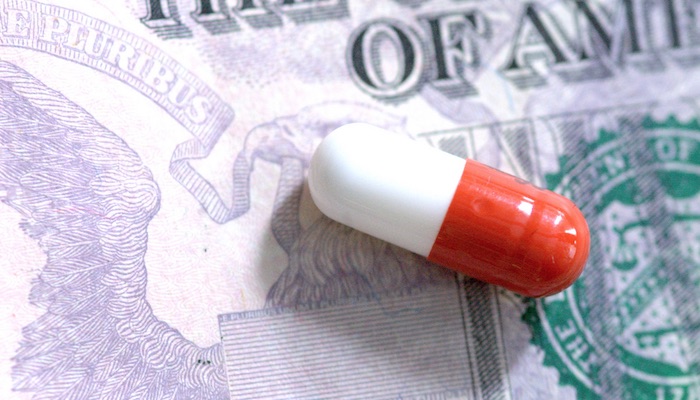 BRING IN FOREIGN DRUGS: The Trump administration has taken steps to bring in foreign drugs to compete with domestic manufacturers and bring prices down.

Some of President Donald Trump’s most vocal critics are praising the administration’s Safe Importation Action Plan, which brings in reduced-price generic drugs to compete with high priced name-brands.

The Safe Importation Action Plan sets forth two strategies for making prescription drugs more affordable. One is the Food and Drug Administration and and HHS will use existing federal law to allow states to import drugs from Canada which are similar to existing FDA-approved drugs. The second is establishing new guidelines for drug manufacturers that sell their products in other countries to bring those back stateside.

Gov. Phil Scott, whose rhetoric has been consistently anti-Trump since the 2016 election, said the president deserved praise for the plan.

“It’s important to give credit where credit’s due: The Trump Administration has taken an important step toward making prescription drugs more affordable for Americans, and they should be acknowledged for doing so,” Scott said in a July 31 statement.

He said prescription drug importation reform is something Vermont has pioneered, but that it needed help from the feds.

“Vermont was the first state in the nation to pass a prescription drug importation law, recognizing health care and pharmacy costs are too high for too many,” Scott said. “For our policy to be viable, we knew we would need federal collaboration and approval and this announcement indicates we have both.”

He urged Vermont and the federal government to work together and said he is “pleased to have federal partners from both the executive and legislative branches who share our concern over the huge impact filling prescriptions and purchasing health insurance has on families’ checkbooks.”

“AARP thanks President Trump and Secretary Azar for standing up to the big drug companies to disrupt the status quo and begin the process to allow for the safe importation of prescription drugs,” he said in a press release.

He added that the FDA has always had the ability to approve these kinds of importation plans, but rarely took action.

“Let’s be clear: there is a crisis in drug prices, and the safe, legal importation of less expensive prescription drugs is one step that will help lower costs and add competitive pressure on drugmakers to lower the prices they set in the U.S.,” Marchildon said.

Not everyone is convinced that importing foreign drugs will rein in drug prices.

Community pharmacist Marty Irons, who shared his personal opinion with True North, said the administration’s new plan would not remove the expensive hurdles and bureaucracy that drive up drug costs.

He said that the U.S. drug industry is already international and that American brand name medications are manufactured all over the world.

“What costs $10 in [another] country may cost $30 in the U.S.,” he wrote in an email. “There could be numerous regulatory problems with the FDA and insurance companies with importation that bypasses the traditional routes.”

As an example, he noted that each product that comes to America needs a National Drug Code (NDC), and then these drugs must be approved by Pharmacy Benefit Managers (PBMs). Irons considers PBMs “the unregulated shadowy middlemen” who “keep a good chunk” of the money that insurance companies, and ultimately the patients, pay for the drugs.

He suggested a different solution to the high cost of drugs.

Images courtesy of Flickr/David Goehring and U.S. Department of State