The disagreement between Vermont gubernatorial candidate Rebecca Holcombe and Gov. Phil Scott about whether he did or did not advocate statewide school vouchers misses the point. The real issue for voters is whether vouchers would improve Vermont’s public education and for whom.

Recently I argued that liberal/progressive political leaders might want to consider school choice as a more effective form of reparations than their original notion of giving African Americans cash. School choice would improve access to good education dramatically for disadvantaged students of all colors.

The United States is in the minority worldwide when it comes to allowing one group to monopolize public education. In the Netherlands, for example, parents have a far wider range of choice than we have here, under a system called “educational pluralism.” Recognizing that both the individual and the community have a stake in public education, here is how it works. The state establishes a rigorous set of academic standards as well as civic education standards. Parents can send their children, at public expense, to any school that meets those standards — Catholic, Jewish, Muslim, progressive, classical, government run or privately run. 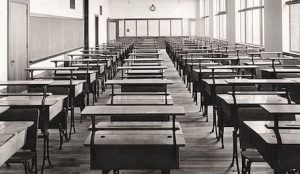 The schools, in turn, are free to teach using whatever methodology is consistent with their goals and educational philosophy. It is recognized that Geometry can be taught just as well in a Catholic school that emphasizes adherence to God’s will and charity as in a progressive school that emphasizes self-expression and social justice. (For more details and research findings on this kind of system see “No One Way to School” by Johns Hopkins professor, Ashley Rogers Berner.)

Educational pluralism recognizes and embraces the fact that no educational methodology is without its point of view. American educators delude themselves (and others) that they are teaching from a neutral, objective point of view. But a strong motivator for parents to home school or otherwise get their children out of the public school system is its insistence on presenting facts from the politically correct value system of the progressive left, which includes a disdain for religion. The educational establishment is serious about it, too: California’s new sex education curriculum contains a training session for teachers on how to get around parental involvement.

In contrast, educational pluralism honors the different belief systems of a nation’s families by certifying multiple educational options that teach all subjects from many points of view. And it might be a surprise to some that the research shows that graduates of plural education systems are at least as tolerant as graduates of American government monopoly schools that pride themselves on teaching diversity and tolerance. Perhaps this is because everyone understands the offerings of all the certified schools are respected.

School choice also opens up the conversation about the efficacy of different teaching methods. It allows creative teachers to experiment, even recover some tried and true methods that clearly work better for some students than what the progressive educational establishment endorses today. Educational failure isn’t just about money and resources. The entire pedagogical system in the United States, over the past half century has focused on everything except factual knowledge, and that needs to be examined and reconsidered by as many different constituent groups as possible. (For more on this, go to E. D. Hirsch’s core knowledge web site. Home schoolers will find a wealth of quality free curriculum materials at this site.)

In sum, I believe a pluralistic system is the best way to tap into the multiple pathways that work for a wide range of students. It is also the best route to quality. Consider the success of Vermont’s widely diverse independent schools and the constant complaint that they draw off the best students from the public schools. Instead of limiting the number of students that attend these fine schools, let’s make them, and others like them, available to everyone — and let the parents decide. That’s what school choice does.