If the Democratic candidates for president really want to make effective reparations to African-Americans they would advocate nationwide school choice for them. Nothing would do more to “repair” our past treatment of this community than giving black parents vouchers allowing them to send their kids to whatever school they wished, including charter schools, private schools, independent schools and even religious schools. 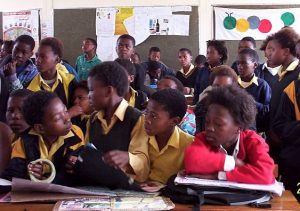 In the United States,the progressive educational establishment, via the teachers unions and state and federal government agencies, have a monopoly on public education. Local school boards have less and less say on what happens in our schools. Parents have less power than school boards, and urban black parents — well, let’s just say that a voucher that transforms them from a supplicant to a customer might make all the difference in their ability to get the kind of education for their children that would result in a quality life.

The biological connection between parents and children offers the best chance for children’s unique selves to be understood and developed. Yes, there are poor parents, and parents who could use help deciding what is best for their children. But it is patronizing in the extreme for the educational elites to assume that the majority of parents aren’t up to the task of making the best decisions for their kids. Even in the poorest inner city school systems there are parent organizations banded together to get the best education they can for their children.

Some also argue that school choice would result in the collapse of the government run public school system. If that occurred because parents chose to send their children elsewhere, why on earth would we want to force anyone to send their kids there? Such collapse would make it clear beyond doubt that the government monopoly on public education needs to be reformed or replaced. The fact that we still force urban black parents to send their children to the worst schools in the nation is nothing less than a continuation of the oppression for which reparations supposedly compensate. Since society is unlikely to fork over large sums of cash to repay ancient debts, let’s free up money we are already spending ineffectively and give the parents with the most at stake the opportunity to spend it more wisely.