After defeating Christopher Louras in a race widely regarded as a referendum on refugee resettlement, Rutland Mayor David Allaire is working to rebuild the city’s image around transparency and economic growth.

A former state legislator and city alderman president, Allaire is a fiscally-minded Republican who seeks to embrace the ethnic and religious diversity in the Rutland County shire town of 16,500.

Allaire ran twice before against Louras — a powerful incumbent who served six two-year terms — but lost. But as he told True North Reports this week in an interview, “The third time was the charm.” He defeated the controversial former mayor by a 51 to 34 percent margin.

While jobs and a flagging local economy were issues in last year’s race, the issue that stoked passions among voters was Louras’ divisive plan to resettle 100 Syrian Civil War refugees and make Rutland a permanent resettlement community.

Hailed among the left as a leader for Muslim immigration, Louras was vilified by conservatives, and a majority of voters, for bypassing the Board of Aldermen to bring in refugees. Louras hatched the plan in secret. 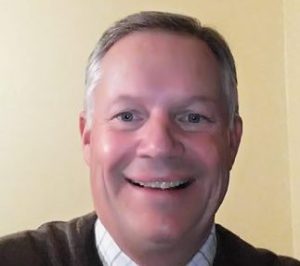 Allaire stepped into the mayor’s office promising transparency, healing, jobs and a rebirth of civic pride. He’s among Rutland’s proudest boosters, and as a 19-year member of the Board of Alderman, he understands the city’s many challenges, from immigration to opioid abuse.

“I came into this office saying I wasn’t pleased with the (refugee resettlement) process here in Rutland,” Allaire said. “We were left out of the planning and communications. … It was unfair to the folks of this city.”

While Allaire pledged to stop Louras’ secretive agenda, he is up against first-term Republican Gov. Phil Scott, who is a vocal opponent of  President Donald Trump’s plans to halt illegal immigration and improve the vetting process for refugees from terrorist-ridden Middle Eastern countries. Since his election last November, Scott has aligned himself with “sanctuary city” proponents within Vermont while skillfully parsing the legal definition of “sanctuary” to stay within federal law.

“I am not 100 percent sure where Gov. Scott is on all of this, so we’re going to discuss it,” Allaire said. “Right now there are two (Syrian) families settled here in Rutland, and we’ve welcomed them. The refugees aren’t the issue — it’s the policy, and a question of transparency.”

Despite lingering bad feelings and concerns about Louras’ refugee policy, Allaire said there are bigger issues on his plate at the moment.

“The top theme of this administration, as we heard from people during the campaign, is jobs and economic development,” he said. “These are really key to any success we’re going to have here in the city of Rutland.”

Allaire is on board with efforts by the Rutland Region Chamber of Commerce and Rutland Economic Development Corporation to aggressively rebrand the city, which has shrunk by 2,000 residents in the past decade or so.

“We are aging,” the mayor said. “I think Rutland is the oldest county in Vermont, and that poses a problem 20 years out. We’re trying to attract people and reaching out to companies.

“We hired a young, vibrant group of (marketing) people who shared some good ideas with us and showed us some of the deficiencies that they saw. They are now developing a plan involving retaining our youth and building up our population.”

Despite Rutland’s sometimes negative treatment by the news media, Allaire said that the city has many great attributes — its ideal geographic location, hardworking workforce and safe schools.

“Housing is plentiful and reasonably priced and places are available now,” he said. “This is the message we all want to share outside of our borders.”

In a move to bring younger blood to the metro area, Rutland has partnered with Castleton University to develop residential housing for students in the downtown area. The university’s new Foley Hall has opened downtown and is a place for business- and artistic-minded graduate students. Meanwhile, the Gryphon Building will receive even more students, too.

Allaire also wants to aggressively fill the empty storefronts downtown. “It wasn’t very long ago — about 18 months ago — that we were at 90 percent occupancy,” he noted. “Recently, one after another have left… we are trying to figure out why.”

Fairly or not, the media has focused on Rutland as ground zero in the costly opioid crisis. While there is truth to that viewpoint, the fact remains that all of Vermont is ground zero drug abuse.

To help stop the crisis, Allaire is an advocate of the city’s Project Vision program, a community-wide effort to give Rutland residents the resources necessary to help improve neighborhoods and create a new generation of community leaders.

“We’re going to develop strategies, make recommendations for legislation and put a plan together to address the underlying causes (of the drug epidemic),” Allaire said. “The family structure has changed and not for the better. The opioid problem spans the nation, but the perception is that Rutland is ground zero. Project Vision is a model here … to develop strategies to address the underlying problems of addiction and crime.”