Hinesburg landowners have clashed with town planners over proposed zoning changes that, to prioritize forest conservation, would more strictly govern land use across a large stretch of town.

“That’s not what my vision is for my property,” resident Tony St. Hilaire told the Hinesburg Planning Commission during a Sept. 14 meeting, the first of two last month where citizens aired concerns about the proposals.

Selectboard member Dennis Place expressed frustration at that meeting too, getting into a back-and-forth with Planning and Zoning Director Alex Weinhagan over the wording and enforcement of the proposed policies.

Both meetings began with readings of a proposed revision to the town’s zoning rules for the Rural Residential 1 district, which covers densely developed areas along Richmond Road and sparsely settled areas to the north, around Mt. Pritchard, and the south, around Lavigne Hill Road. 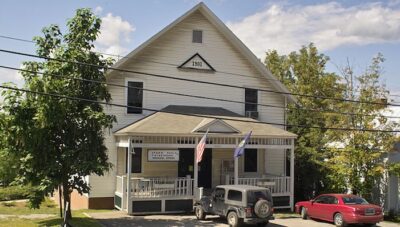 The changes, proposed by commission member Lenore Budd, include decreasing the building density from 3 acres of undeveloped land per unit to 5 acres per unit. They are intended to “preserve significant forest blocks and core wildlife habitat, to retain access to other blocks of undeveloped forest land.”

Commission meetings on the subject have devolved into contentious exchanges between property owners and town officials. Landowners like Place argue the changes are hard to understand and based on out-of-date mapping.

Officials at the Sept. 14 meeting showed a map of areas that are home to wildlife. But residents disagreed with officials’ assessment of those wildlife corridors.

A number of attendees grumbled at that meeting that they’ve witnessed more deer carcasses behind Champlain Valley Union High School, not in the pockets on the map. The mapping was done by the Vermont Department of Fish and Wildlife in 2007, according to Weinhagan. There seemed to be a consensus among those present that the mapping was either speculative, out of date or both.

Place said he believes landowners looking for loopholes around the conservation standards could do so easily and questioned whether the new changes could be enforced.

Notably absent from the first meeting was Budd. In an email to Weinhagan ahead of the meeting, she requested the revisions still be discussed at the meeting in her absence. Some commissioners and residents that night said she should have been present to explain the reasoning behind some of the wording. She was present at last week’s meeting.

“I own a sugarbush, I’m not in conservation. I don’t know what (Budd) is trying to say here,” Place lamented.

“Several of the folks who have expressed some concern are expressing, you know, real concerns that are founded on their belief that whatever changes come from this discussion, that some of those changes may further restrict how much they could develop their property,” Weinhagan said, adding, “and that’s a fair concern.”

But Weinhagan pointed out that the planning commission made a “concerted effort” to receive feedback from landowners on the revisions back in February. These debates are by no means new, he said.

The town planning office, which Weinhagan runs, routinely asks the commission to consider zoning changes, particularly in regard to the more rural areas in Hinesburg. Those requests often spur debate with landowners.

“Zoning is all about creating a framework and rules by which property is developed,” he said, “so it’s a reasonable thing for a landowner to be curious and potentially concerned about a zoning change.”

What likely makes the Rural Residential district so contentious is that it’s a mix of highly developed and rural areas.

“It’s not a cohesive, homogeneous zoning district,” Weinhagan said. “It has some areas that are the densest settlement pattern in Hinesburg, areas along Richmond Road that include the Birchwood drive neighborhood and two of our three mobile home parks … and then it has these areas to the north and the south … that are much more rural, much lower development densities, and in some cases, large areas without any development.”

There is no deadline to make the change, and whatever revisions are approved could later be amended.