The Brattleboro Reformer is reporting a story of potential voter fraud in regard to a vote on the closing of Windham Elementary School. The article states:

A complaint filed by two parents at Windham Elementary School claims three non-residents participated in a controversial vote resulting in the school staying open rather than closing.

The three non-residents — Lisa Beshay, Alex Beshay and Christopher Strecker — are described in the complaint as “political allies” of State Rep. Carolyn Partridge, vice chairwoman of the Windham School Board and member of the Board of Civil Authority. The non-residents all live in the same household in Peru and claim residency in Peru.

The Reformer explains a vote was held on Sept. 7 to determine whether to close the school and offer school choice at the elementary school level. After it initially passed by two votes, Partridge is alleged to have organized a petition for a revote on Nov. 2. That time the measure failed by three votes. 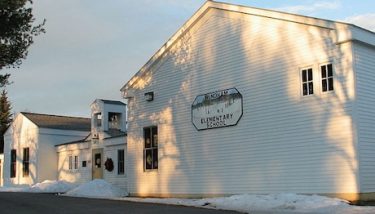 “The defendants have remained on the voter checklist, though being removed from Windham Elementary School due to non-residency, which the School Board was privileged to have access to this information,” the complaint states, the Reformer reported.

The complaint argues Partridge and the Board of Civil Authority “have violated their non-discretionary duties to remove non-residents from the checklist.”

This case has echoes of one from Victory, Vermont, back in 2017, wherein a number of non-residents participated by absentee ballot in an election for town clerk, which resulted in an invalid outcome. This case was adjudicated and the verdict concluded with 11 “voters” being removed from the checklist. In tiny Victory, this represented 13 percent of all registered voters and the margin of victory in the town clerk race.

Even more alarming than the evidence of non-residents voting in — and deciding — local elections is the evidence that our top election officials have either no understanding of Vermont election law or no interest in enforcing it. Another piece in the Reformer notes, “The Vermont Secretary of State tells us that people owning a property in Town A but living in Town B, can vote legally in Town A if they express their intention to reside in Town A in the future.”

“a natural person who is domiciled [not was or will be] in the State as evidenced by an intent to maintain [not establish] a principal [not secondary] dwelling place in the State indefinitely and to return there when temporarily absent, coupled with an act or acts consistent with that intent.” (Bracketed comments added.)

Anyone living in Town B, to use the provided example, is not domiciled in Town A district and is not maintaining a principle dwelling place in Town A, and therefore is not legally allowed to vote in Town A. Period. Non-negotiable.

Even beyond that, the reference to returning to such a principle dwelling place (should that be what it really is) if temporarily absent would not be validated by law simply by the expressed intent of the voter, but would need further evidence of “act or acts” to support that intent.

Don’t take my word for it. Judge Thomas Devine of the Vermont Superior Court ruled in the Victory case, “domiciled requires having residence ‘coupled with an intention of remaining indefinitely,’ and neither residency or intent alone is enough to establish it.”

That the Vermont secretary of state is giving incorrect instructions about how to enforce Vermont election law — leading to potential election fraud — is unacceptable.

11 thoughts on “Roper: This is what vote fraud in Vermont really looks like”