If you changed residences at any point in the past and there is a possibility that you remain on the voter checklist somewhere where you no longer reside, here’s a potential “mail-in-voting” scenario you should be aware of. 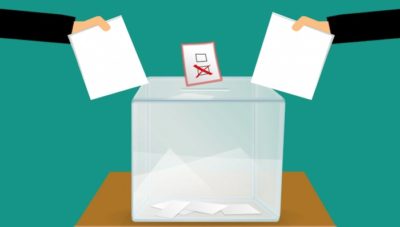 It is a felony to vote more than once. Vermont law prohibits voting twice in the same election. Federal law allows for five years in prison, a $10,000 fine, or both for voting twice in the same election. So, here’s what could happen when Vermont mails live ballots to every active voter on the statewide checklist, regardless of whether the voter requests one or not, beginning on Sept. 20.

Let’s say you lived in Vermont town “A” five years ago, but moved to town “B” either in or out of Vermont, and have been there ever since. You vote in your new town, but also have not been removed from the checklist in your former residence. Ballots with your name associated with them (bar coded return envelopes with your name) are sent to both places. You vote with the ballot sent to your current residence. But the person now living at your old place says, what the heck they’ll never catch me, and fills out that second ballot that was sent to you at the wrong address.

This person has committed a crime in voting twice, but, guess what — you’re the one who’s going to be accused of committing felony voter fraud. You are the one on record as having voted twice. The authorities are going to come visit you, not the other jerk. And because vote fraud is a myth and nobody would ever steal someone else’s ballot, it’ll be pretty clear to the authorities that you did it!

Secretary of State Jim Condos has put no safeguards in place, nor taken any proactive measures to protect citizens from having their ballots/identities stolen in this manner. If you think this type of scenario could apply to you, go to the state’s  “My Voter Page” where you can check and update your registration status.

4 thoughts on “Roper: How Jim Condos’ vote-by-mail scheme could make you a felon”