At a virtual meeting on Jan. 19, Richmond’s Select Board introduced a new resolution on law enforcement policy with a sweeping statement of the town’s ideals.

“Richmond [Select Board] seeks to support and pursue the vision of the United States Declaration of Independence, which founded our Nation on the principles that all men are created equal,” begins the resolution in support of an updated Fair and Impartial Policing Policy. “Policies are important statements of who we are as a community.”

The resolution limits cooperation between local police and federal immigration authorities. It also stipulates that police may not ask about individuals’ immigration status, closing what some saw as a loophole in statewide policy. 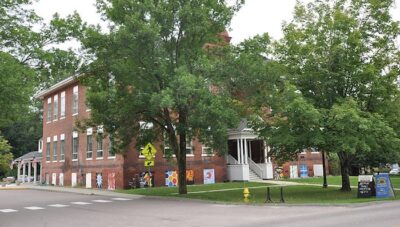 “We believe that immigration policy is not a part of what our police force does,” read a working group statement released in December. A previous Select Board meeting on Jan. 4 focused primarily on who has the power to implement such decisions. An attorney for the Select Board argued that the police department has the final say. RRE and a lawyer from the Vermont chapter of the National Lawyers Guild responded that the Select Board holds that responsibility.

Acting Police Chief Kyle Kapitanski has said he’d adopt proposed policy changes, but the Select Board did not establish that such compliance is mandatory, now or in the future. “We would have loved to have had a Select Board actually, say, we’re putting this policy in place and the police chief has to implement it,” said RRE founding member Ann Naumann. “Instead they said ‘we would leave this policy and we’ve convinced the police chief to implement it, basically.’”

The Select Board made a unanimous decision to hand the new resolution to Acting Chief of Police Kapitanski. Community members attending the virtual meeting broke into cheers, and Nauman addressed the group. “I just want to thank our Select Board, our Acting Police Chief, and Josh, our Town Manager, for all their hard work on this,” she said. “I’m very, very proud of our town for doing this.”