Vermont homeowners, both working and retired, are well aware of the pain experienced when it comes time to pay the local property tax.

It is especially painful to some “higher income” retirees, too. According to various online sources, including the personal-finance website SmartAsset.com, the average effective property tax rate of 1.78 percent places Vermont at No. 8 in the top 10 highest in the U.S.

In the case of free online services offered by SmartAsset.com, Vermont residents, as well as those of the other 49 states, have a nifty means for calculating their local property taxes based on the municipality where they live. 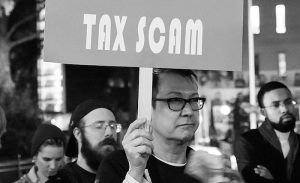 There are many unwanted surprises for unsuspecting taxpayers this tax season. Some have already found out how much more they will be paying when they opened their new property tax bills.

However, as even stated upfront by SmartAsset.com, “Calculating property taxes can be overwhelming.” Just figuring your house’s value along with local tax parameters doesn’t make the pain of paying the property tax any easier to bear.

According to Tax-Rate.org, Vermont’s median income is $62,088 per year. The site states:

Simply explained, property tax rates are established as a percentage of a home’s value. Local property assessments take into account building and improvement values, and property and site values. Property taxes are essential, especially in rural Vermont, as a means to fund public schools, fire and police stations and local government.

In 2018, slightly more than 50 percent of Vermont towns saw an average increase of property tax rates over 2017. Had Republican Gov. Phil Scott not been able to use surplus budget funds to squelch a tax hike, the average rate might have been higher. 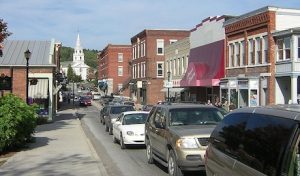 Critics of Vermont’s high property tax rates argue that the “ways and means” of using homesteads to fund municipal wish lists are unsustainable based on statewide age and income factors.

To express frustration with the high cost of living for retirees, one resident spoke with True North on the condition of anonymity, out of fear of reprisal.

Jim Gallo (not his real name), a retiree from New Jersey on a modest pension and now living in Middlebury, moved to Vermont for the outdoor lifestyle. However, he said he learned there’s a high price for Vermont’s natural beauty and geography, and now regrets retiring in the Green Mountain State.

“I’m paying thousands of dollars more in property tax compared to New Jersey,” Gallo told True North. “I have to pay for my own garbage pickup; I don’t get any other town services either. It’s everything I have to pay for here in Vermont, and for what?

“The local highway department doesn’t even maintain the property the town owns between my fence line and the road. All they do is snow plow in the winter and then they plow me in; I have to dig myself out. Who needs this? If you’re working here and have no choice and you like the Vermont lifestyle, fine. But I retired here.”

“Of course teachers don’t make great money, but I am paying their salaries along with the salaries of bureaucrats,” he added. “I don’t have any children, so I am not benefiting from much of this.”

As far as some municipal services covered by property taxes in other places, the town sewer in his town stops not far from his house. As a result, he had to install a $35,000 septic/leach field according to local and state law. He said he is unable to connect to the town water line due to his location, which he didn’t know much about at the time of purchase.

His Vermont experience shows not only buyer’s remorse but also a bit of rural shock.

“At least in New Jersey residents had an ombudsman or a community board to help deal with local government or to get things done addressing tax concerns. Here I have no recourse,” he said. “Even if you report a problem to the state they don’t do anything. Vermont is a good-old-boy network. Unlike living in a more cosmopolitan state, there just aren’t enough watchdogs here.”

If some Vermonters think they’re paying too much property tax, they can appeal their property’s assessed value. 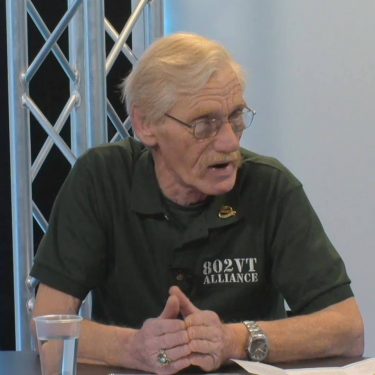 John de Bruin: “Since Vermont has no real business-tax base (thanks to the restrictive Act 250) the people have been left to pay the difference between lack of business tax revenue and the growing rate of greedy, out of control and wasteful spending at the state level.”

According to the Vermont Secretary of State’s webpage, “The tax appeal process … actually begins with a grievance before the town board of listers. This is a mandatory first step. If you don’t grieve, you can’t appeal. It’s as simple as that.”

The process requires making an appearance before the board of listers on the date of grievance day, which in most towns is typically May or June. The appeal must be presented either in person or by letter on that date.

Despite ongoing efforts by the governor and some lawmakers to hold the line on property tax increases, the outlook isn’t good.

According to community activist John de Bruin, founder of VT802 Alliance, Montpelier’s penchant for increased taxes is the root of most evils in the state, affecting everything from jobs to real estate values.

“Economic stability at the current rate of tax increases by a greedy Vermont legislature is unsustainable for most middle- and lower-income Vermonters,” de Bruin told True North.

He said the ongoing trend of people leaving the state should be a reminder to state leaders in Montpelier that they need to cut spending, and fast.

“Since Vermont has no real business-tax base [thanks to the restrictive Act 250] the people have been left to pay the difference between lack of business tax revenue and the growing rate of greedy, out of control and wasteful spending at the state level. Vermont’s increasing demand on private citizens to pay for their lack of fiscal responsibility will only increase the poverty level.”

14 thoughts on “Retirees, others feel the pinch of Vermont’s high property taxes”