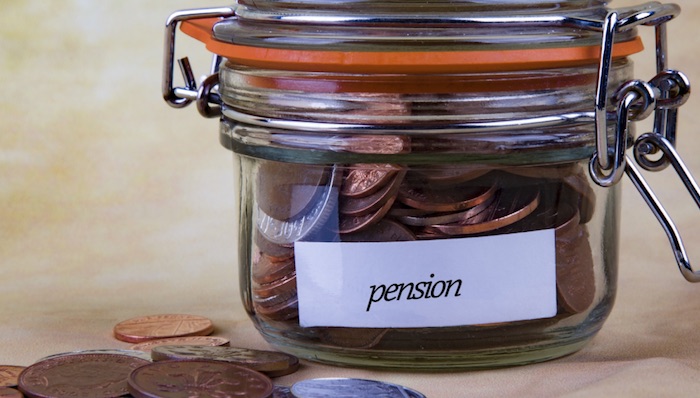 ELEPHANT IN THE ROOM?: Vermont’s public pensions crisis keeps growing, with an estimated more than $5 billion in unfunded liabilities.

Vermont residents on Monday joined state representatives from the House Committee on Government Operations to continue discussions about how to stabilize Vermont’s teacher and state employee retirement systems.

One week ago, House lawmakers issued a proposal to solve the state’s growing pension crisis — unfunded liabilities have reached more than $5 billion, according to some estimates — by asking workers to pay more into the fund, work more years until retirement and take less monthly benefits. The proposed changes would not impact anyone who is currently retired or who will retire in the next five years, but other public employees would see changes to their plans.

At Monday’s hearing, Geoffrey Bennett began by asking representatives how much thought was given to the possibility of unintended consequences.

“For example, what will happen to local school budgets when the most experienced, the most veteran, and the most expensive teachers stay on in many cases for an extra 10 years in order to receive full retirement benefits?” he asked.

He read off multiple cases of Vermont educators who will have to work longer into their retirement years, yet receive less benefit.

Next up was Janet Chandler, a teacher at Poultney High School.

“This proposed plan to reform the system is really not acceptable, there is still a lot of work to be done,” she said. “The government’s failure over a period of decades to responsibly manage the pension system places an untenable burden on Vermont’s public servants. As proposed, we stand to lose tens of thousands of dollars that we’ve counted on in order to retire with dignity.”

Another speaker was Shauna Clifford, who has worked for 31 years with the Agency of Transportation.

“This proposal will be a detriment to all Vermont taxpayers,” she said. “The intention of the plan may be to adjust retirement amid a fiscal crisis, but this is extremely short-sighted and will actually cost Vermonters much more in the long-term.”

Clifford said that negative impacts will include “the loss of senior employees which translates to the loss of institutional knowledge, increased challenges in hiring, as well as the retention of current employees.”

She added that her colleagues aren’t going to have strong incentives to remain until retirement age.

Susan Hatch Davis said that the promise of a strong pension was a big deal for her.

“I am testifying in solidarity with the state employees and educators,” she said. “Little did they know that they would keep their end of the bargain only to be faced with a mismanagement of funds and a redirecting of state pension debt payments, not only in economic downturns but also during good economic times as well.”

Kirsten Sultan of Lyndonville spoke on how she and her husband were counting on a better retirement deal.

“My husband and I have relied on these statements for our retirement planning,” she said. “Only now after almost 16 years am I learning that the system wasn’t always properly funded, and the fund was, from many indicators, mismanaged, [with] some of the teachers’ money even used on other things.

“And the chair and vice-chair of this committee now suggest that I take a huge financial hit and work an additional five years as I approach retirement. Wow, I think it is outrageously unfair to put this problem almost entirely on the backs of the teachers and the state employees while holding others largely harmless.”

Nearly every speaker was from the education sector or public sector, and many spoke about how the state had made a promise to provide retirement income and health benefits.

Emma Zavez, who moved back to Vermont to work in the public sector, suggested some public employees might leave if they are forced to contribute more, work longer, and earn less.

“Many of those who work for you now will leave, and those who might of worked for you in the future will accept other positions — some in Vermont but many more out of state,” she said.