By Eric Teetsel | The Daily Signal

In 1856, a new political party held its convention in Philadelphia. They called themselves “Republicans.”

As violent skirmishes in “bleeding Kansas” foreshadowed civil war, the delegates took their stand, resolving that “it is both the right and the imperative duty of Congress to prohibit in the territories those twin relics of barbarism — polygamy, and slavery.” 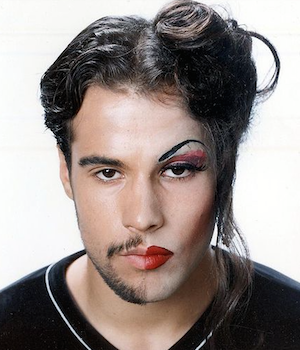 EXPERIMENTING ON KIDS: Children are now receiving chemical therapies that include experimental puberty blockers and cross-sex hormones, despite the fact that 80 to 95 percent of children would otherwise reconcile their dysphoria with their biological sex.

This legacy of moral clarity and courage is the inheritance of every Republican. It was in that spirit that the delegates at this year’s State Convention of the Kansas Republican Party passed a resolution regarding human sexual identity.

The delegates at the convention affirmed “God’s design for gender as determined by biological sex and not by self-perception,” and resolved to “oppose efforts to validate transgender identity.” They declared that “public schools should not undermine the values of parents who do not agree with transgenderism; and that students have a reasonable expectation of privacy and safety at school.”

A media frenzy then ensued, from local papers and LGBT blogs to a shamefully inaccurate editorial in The New York Times.

For the majority of Kansans, it is stunning that basic biology is now debatable, much less that to defend it is considered “undignified,” “crass,” and “hateful anti-science,” in the words of opponents of the resolution.

Just the opposite is true. In fact, the resolution affirms “the dignity of every human being, including those who identify as LGBT.” Compassion and concern for the well-being of others is what motivated the statement. There is no love in a lie.

Fellow Kansans are suffering and dying because of the lie that one’s sex is whatever a person believes it to be. The rate of attempted suicide for those who experience “gender dysphoria” is 41 percent—10 times the national average. Those who undergo “gender reassignment surgery” are 19 times more likely to commit suicide.

Children are now receiving chemical therapies that include experimental puberty blockers and cross-sex hormones, despite the fact that 80 to 95 percent of children would otherwise reconcile their dysphoria with their biological sex. Men and women who have “de-transitioned” often reflect with sadness and frustration that their doctors and therapists failed to help them explore other options.

Facts like these are the reason doctors like Paul McHugh, university distinguished professor of psychiatry at the Johns Hopkins University School of Medicine, put a stop to sex-reassignment surgeries. It’s not about bigotry or fear or “being anti-science.” Transgenderism is sexual ideology spread through shame and intimidation.

Don’t make the mistake of thinking this isn’t your problem.

Literature promoting homosexuality and transgenderism has been developed for children as young as kindergarten. (One book, “George,” received a William Allen White Children’s Book Award from Emporia State University in 2017.) Teachers and coaches are being instructed to affirm transgender identities and coerced to use a student’s “preferred pronouns.”

In 2016, parents in Derby, Kansas, were shocked to learn that their high school’s locker rooms, bathrooms, and other private facilities were to be open to students on the basis of “gender identity,” thanks to a “guidance” document issued by the Obama administration.

And just last month, a judge in Ohio revoked the parental rights of a couple who wouldn’t allow their minor child to begin sex-reassignment procedures.

We didn’t ask for this fight, but it’s here.

The rapid and widespread attention received by the Kansas GOP resolution indicates just how entrenched the lie about human sexual identity has become in a short amount of time. But it also tells of the thirst that good citizens still have for truth.