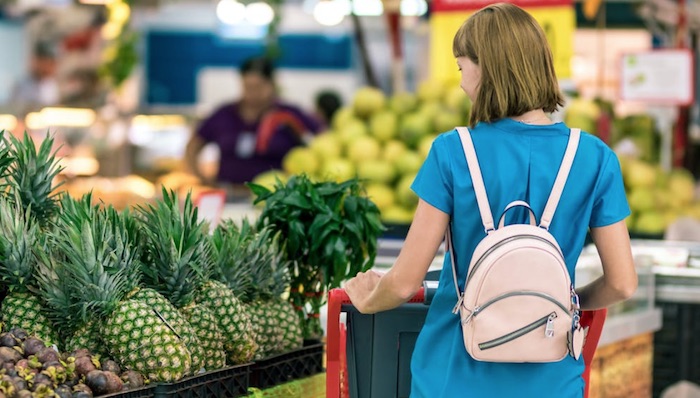 Roughly 70% of Americans are using their savings to cover the higher costs of goods that are blowing through their budgets, a recent survey of 2,000 adults conducted by Forbes found. According to the survey, 67%, or “a full two-thirds of Americans say they’re raiding their savings as prices for goods and services spike.”

The majority of Americans’ finances are worse than they were a year ago and they’re blowing through savings to make ends meet as record-high inflation has caused prices to skyrocket, several reports indicate.

At the same time, financial experts argue stagflation warnings are surfacing as the White House says it hasn’t “missed much” on inflation and boasts of economic growth.

Roughly 70% of Americans are using their savings to cover the higher costs of goods that are blowing through their budgets, a recent survey of 2,000 adults conducted by Forbes found. According to the survey, 67%, or “a full two-thirds of Americans say they’re raiding their savings as prices for goods and services spike.”

Among them, 8% said they’ve completely drained their savings; 23% have depleted a substantial amount and 36% have spent a small amount solely because of inflation. Older Americans are faring better, with 67% of those 77 or older saying they haven’t touched their savings.

But as real wages have dropped and consumer debt has increased, savings are shrinking for most Americans. According to a Bureau of Economic Analysis report, the personal savings rate for April 2022 was 4.4%, the lowest level since September 2008.

Likewise, a New York Federal Reserve “Survey of Consumer Expectations” found the majority surveyed said their finances are worse today than they were a year ago. Spending growth expectations increased sharply in April to 9%, the Fed reported, “the fifth consecutive increase and a new series high.”

Those impacted the most are between the ages of 40 and 60 and without a college education, the survey found.

Concerns about stagflation are also increasing, the Fed found. Stagflation occurs when rising interest rates, increased unemployment and slowing economic growth occur at the same time. While inflation is at a 40-year high and the Fed is expected to raise interest rates later this week, unemployment numbers are going down, not up.

Recently surveyed economists also agree the U.S. is likely to hit a recession in 2023, according to a reportby the Financial Times. One third said the recession could hit by the second half of next year; 40% said it would happen during the first or second quarters.

When evaluating consumer data, “70% of our GDP is consumer spending, and consumers are about as gloomy as they’ve ever, ever been,” George John, a University of Minnesota professor, told WCCO Sunday Morning. “So that tells me consumer spending is not going to continue, and that’s when you get a recession.”

Rick Rieder, BlackRock’s CIO of global fixed income, echoed a similar sentiment. “More and more corporate announcements and earnings releases (or warnings) are reflecting a consumer that is now in a terrible mood given the decline in net disposable income, and consequently, these consumers are dramatically slowing spending on the backside of it,” he wrote, as reported by CNBC.

Economists surveyed by the Consumer Confidence Board “do not foresee the economy picking up steam in the months ahead,” it found. “Looking ahead, expect surging prices and additional interest rate hikes to pose continued downside risks to consumer spending this year,” the board warned.

The Fed is expected to raise interest rates this week by half a point or 75 basis points to offset inflation.

Some economists expect the economy to slow as the Fed raises interest rates, MarketWatch reports, and “some companies have already cut back on their hiring plans, and even rescinded some offers,” it notes.

Meanwhile, President Joe Biden last month boasted that his administration created a record 6.7 million jobs and in his first year in office, the U.S. saw “the fastest economic growth in any year in nearly four decades.”

A member of his Council on Economic Advisors, Jared Bernstein, told MSNBC that he didn’t believe the White House “missed much” on inflation. He also blamed inflation on Russia invading Ukraine and coronavirus variants, even though inflation hit a 40-year high before Russia invaded Ukraine and the U.S. has been dealing with the coronavirus for more than two years.

“Inflation is historically elevated everywhere,” Bernstein said. “So it is certainly not just one country’s fiscal or monetary policy.

“I don’t think the White House missed much at all in the following sense,” he added. “We don’t sit on our hands and hope that these forecasts for stable growth and inflation slowing down come true.”

2 thoughts on “Reports: Majority of Americans use savings to cover inflation costs as stagflation concerns mount”