The report, published this month by Vermonters for a Clean Environment, also attempts to untangle a complex system of renewable energy credits (RECs) and alternative compliance payments (ACPs) that allow energy producers to claim progress towards renewables without direct investment in new facilities.

Annette Smith, director of VCE, told True North that the whole system is overly complex and the public needs a better understanding if they are to hold policymakers accountable. 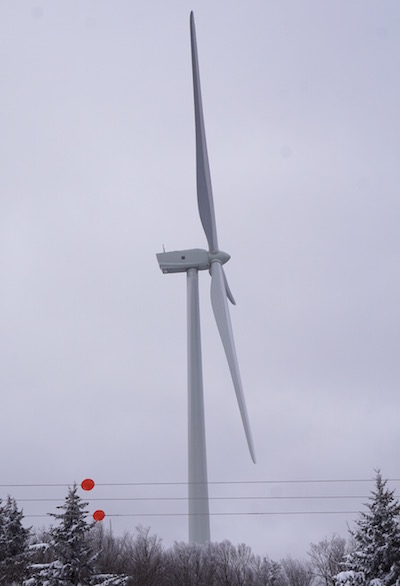 MEETING GREEN ENERGY GOALS?: According to a report by Vermonters for a Clean Environment, the state is not meeting its goals to shift away from carbon-based energy.

The report explains how the selling of RECs leaves ratepayers with what’s called null power, which is “the underlying power remaining when the RECs have been stripped off and sold elsewhere,” according to a definition cited from green-e.org. “Null power is not renewable but is the unspecified and undifferentiated power that has the attributes of the overall system mix or the residual mix where specified power purchases have been removed.”

On the ACPs, the report cites these as another alternative to direct investment in green energy.

“The purpose of the Fund is to increase the development and deployment in Vermont of cost-effective and environmentally sustainable electric power resources, primarily with respect to renewable energy resources, and the use in Vermont of combined heat and power technologies,” Vermont statute says.

The money is supposed to be collected into the Clean Energy Development Fund (CEDF). According to the report, the CEDF’s Fiscal Year 2018 Annual Program Plan makes no mention of ACPs.

The report highlights the work of Vermont Law School professor Kevin Jones, who notes a downward trend in the value of Vermont RECs compared to RECs from other states. The result is Vermont ratepayers pay more to make up the difference.

The difference is Vermont counts hydropower purchased from New York and Hydro Quebec as renewable, whereas other New England states do not. As result, the value of Vermont RECs has decreased from between 5 and 6 cents kilowatt-hour down to 1 or 2 cents.

According to Jones, when utilities lock in long-term contracts to purchase power and then these REC prices drop, Vermonters suffer.

“The difference of $0.04 is the REC value assumed by GMP [Green Mountain Power] for the life of the contract,” the report states. “GMP, and the PUC [Public Utility Commission] in awarding the Certificate of Public Good [CPG] made no effort to protect ratepayers in the event that energy and REC prices declined, which they have.”

Riley Allen, the Vermont Department of Public Service Commissioner’s deputy commissioner, addressed some points from the report in an email to True North. On Jones’ report on falling REC prices, he acknowledged that Vermont “relies heavily” on hydro systems which contribute to this dilemma.

“That said, Vermont utilities also possess an abundance of RECs or attributes of renewable generation that are highly valued by neighboring states,” Allen wrote. “Historically, Vermont utilities have sold these more valuable attributes or RECs to help keep down costs of utility operations and therefore rates.

“As the value of these RECs have declined, the ability of our utilities to engage in beneficial transactions to keep down their costs, diminishes.”

He said the RECs and ACPs are all part of the formula to reach state goals.

“We expect our electric companies to meet their renewable portfolio obligations for 2017 and therefore do not expect that there will be a need to make any alternative compliance payments for the current period,” he wrote. “But if in the future, they do struggle, the money available from alternative compliance payments would be used to foster the development of other clean energy projects to help our utilities to meet their obligations in the future.”

He reassured that the accounting amounts to tangible green energy progress.

“Those attributes can be exchanged separately from power (the electrons) to help ensure that the accounting is rigorous and minimizes the risk of double counting,” he wrote. “Reliance on RECs is a national standard, now used by all New England states. Nationally, EPA reports that RECs are approved for use in 35 states to help utilities demonstrate compliance with either legislated renewable targets and for meeting other consumer objectives (e.g., green pricing of energy).”

Further comments from Allen assert that his department sees VCE’s work as an asset in the process towards a beneficial and transparent energy policy for Vermont.

In the end, Smith said this report is all about trying to help Vermonters understand this whole energy policy quagmire.

“My sole agenda is to help us come up with an honest energy policy that is doing what Vermonters think it’s doing, and right now that is not what’s happening,” she said. “We have a circuitous policy that is not transparent, that nobody understands, and is raising rates and transferring wealth to people that are benefiting at the expense of the people who are actually using the power.”

Image courtesy of Vermonters for a Clean Environment