Since Vermont’s recycling law passed in 2012, the expectation has been that newspapers, cardboard, cans, and bottles must be separated from trash to be shipped off to places like China and processed into new materials. Now the costs are rising dramatically, and policymakers must reassess the viability of recycling certain materials.

Just this year, the tip fee for processing at the Chittenden Solid Waste District’s (CSWD) Materials Recovery Facility has gone from $21 a ton to $55 a ton. 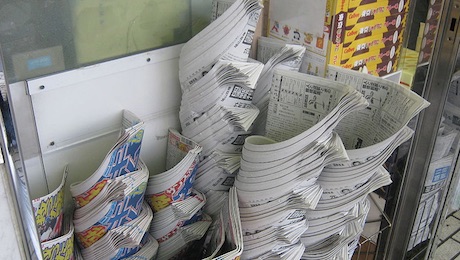 LOTS TO RECYCLE: Lots of paper, plastics, and metals can be recycled, but experts are asking at what cost?

“At Chittenden, you get concentrated high volume, whether it’s cardboard or glass or different kinds of plastics. What happens to it? Well, it used to be that China essentially took a lot of waste from the states, and that ain’t happening anymore,” Westcott said.

“So all of this whole supply chain gets backed up. … Nationally and in North America there is now a greater supply of solid waste.”

China, one of the world’s largest purchasers of U.S. recycled materials, has cracked down on the acceptance of a wide range of materials in the past year due to contamination. Too many non-recyclable materials are getting mixed in, despite the best efforts of sorting facilities like the one in Chittenden.

Last year, China would pay $100 a ton for old newspapers, but today that same ton nets just $5. That’s significant since paper accounts for 40 percent of all recycling.

According to Westcott, recycling has become a net loss.

“It’s actually flipped on its head, where stuff that they actually used to get money for now costs them — they have to pay to get rid of it. So that’s a real game changer,” he said.

As far as making the recycled material cleaner as it comes out of processing facilities, that’s a tough task that tests both current technology and manpower. 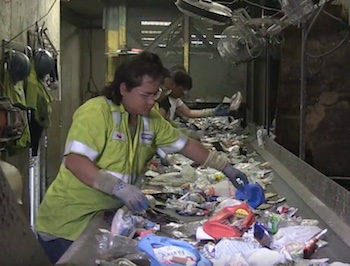 “Part of it is literally done by people standing at conveyor belts,” Westcott said. “Obviously that’s a very expensive way to do it, and it’s a pretty demanding low-end job. They have issues with employment, training, safety, and all that.”

Moving all the material around is a big part of the equation. According to the Solid Waste Association of North America, the transportation of recycling material typically accounts for about 50 percent of the sum revenue of a recycling program.

Jonny Finity, Marketing and Communications Manager at CSWD, says transportation is another major expense eating away at the financial viability of recycling.

“The major cost involved in the recycling industry is transportation,” he said. “But there’s a cost of sorting that material and handling that every step of the way.”

Finity said that despite the recent dramatic rise in costs, the average Chittenden County household’s annual share of recycling costs is estimated at just $14 per year. He added that the financials boil down to a simple calculation.

Another piece of Vermont’s law, Act 148, which has not yet been implemented is the removal of organic wastes from trash, which is supposed to begin in 2020. Wescott said this is going to be a challenge for those who live in more urban areas where it’s more difficult to compost.

“It’s easy in a lot of the state to say, ‘Well, people will just compost their food,'” he said. “I throw [compost] out in the backyard, I’ve got chickens. But that just doesn’t work for 30 percent of the families in my opinion.”

According to Vermont’s Department of Environmental Conservation, 35 percent of Vermont’s wastes get recycled each year. The data suggests if all the materials listed in the law were recycled by all Vermonters, that number could double.

Vermont’s recycling law does not allow fees for recycling to be charged directly to consumers. Instead, processing centers find other ways to pass on the cost. At All Metals Recycling, located in Hardwick, it is a requirement that garbage is dropped off every time recyclables are brought in, which is then charged accordingly to make up the recycling expense.

Westcott suggested that keeping waste material inside the state could provide hope for recycling and even open up new opportunities.

“There is a whole story to be written about in-state economic development to be stimulated by the availability of these materials,” he said.