Recently hundreds of news publications around the country, including several here in Vermont, participated a coordinated editorial campaign decrying criticism aimed against the media. Their general complaint is over the president accusing them repeatedly of being “fake news” and an “enemy of the people,” allegations which they describe as dangerous attacks on a “free press.” As one prominent Vermont editorialist wrote, “A free, fact-based press was built right into the foundations of that when the First Amendment was adopted in 1791.” This view misunderstands the constitutional right.

The “freedom of the press” referred to in the Bill of Rights is a concept, not a class of people ( i.e., journalists). It is a fundamental right that applies equally to all citizens. It does not carve out a special class of uber-citizens who have more rights and protections of expression than the rest of us because they get a paycheck from the New York Times, CNN or your local Vermont media outlet.

We all, as citizens, have an equal constitutional right not only to say what we think — freedom of speech — but also the right to print and distribute those thoughts as we see fit — freedom of the press (as well as the right to come together and exercise these rights in coordination with other like-minded citizens — freedom to peaceably assemble. But let’s stick with the concept of free press for now). If you’re free to say it, you’re free to write it down, and/or, with today’s technology, put it in a video, on the radio, in a meme, in a tweet, and free to circulate those thoughts as far and wide as you can. “Congress shall make no law” abridging this right.

Is everything everybody prints going to be politely presented, rationally thought out or always accurate? Sadly, no, but this is the nature of a free press, and it is one of the key pillars that makes our country unique, special and great. This right of expression is enjoyed by everybody, from the president with his Twitter account to the guy on the street corner holding aloft a “Repent, the end is near!” sign scribbled with lipstick on a discarded pizza box. Whether we like them or not, the president’s tweets challenging the media, as well as everybody else’s, are not dangerous to the constitutional right to a free press, but an exercise of it. Again, like them or not. 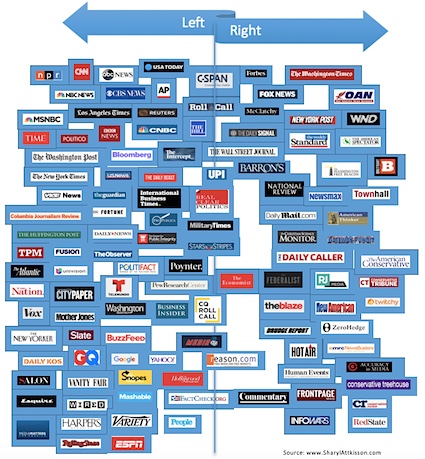 Another prominent Vermont editorialist describes these criticisms of the media as “dangerous to the nation’s democracy because his intent is to undermine the very notion of reliable and trustworthy news.” Reliable and trustworthy news is extremely valuable and important, but not being able to stand up to criticism does not make something either reliable or trustworthy. The opposite is so. Would this editorialist cease and desist from harsh criticism of politicians because undermining faith in our political leaders and institutions is dangerous to our democracy? I hope not.

All of these editorialists (at least the several that I read) accused the president of being a “dictator,” a “tyrant,” and a “danger to our democracy.” How is this any different than accusing someone of being an “enemy of the people”? In my humble opinion, both sides are engaging in some serious and unproductive hyperbole, but, that is their right. We, as citizens, can question whether or not it is a responsible exercise of that right.

If the president were actually a dictator, such as a Hitler or a Stalin, every late night comedian would certainly have been publicly hanged by now, or at least packed off to a gulag somewhere in the Alaskan tundra. But, in reality, nobody is using the power of government to stop anybody from saying or printing anything they choose. Nobody is threatening their right to a free press.

However, if what members of the media want and expect is a protected monopoly to decide what information people get and what people think about it, and to de-platform those who criticize them or have different opinions, that is not a right protected by the Constitution.

Unfortunately, this appears to be what some major media outlets are petitioning social media sites such as Facebook, Twitter and Youtube to do to citizens — use their power to silence those with whom they disagree. This, arguably (arguably because these are corporations not Congress making rules), is a violation of citizens’ rights to free press — if not in absolute legal terms, certainly in spirit. Cutting off the voices of citizens is actually a danger to democracy, and I hope the media will take as strong a stand for their readers’ free press rights as they have for their own.

The statement, “I disagree with what you say, but I will defend with my life your right to say it,” best sums up the spirit behind our unique rights as American citizens to free speech and free press. It is an attitude of mutual respect that I hope we can all reestablish, remembering always that our rights to expression are not just a two-way street, but the entire national transportation system.

Rob Roper is president of the Ethan Allen Institute.

4 thoughts on “Roper: The media is not ‘the press’”