More than 50,000 pages of vaccine safety data previously withheld from public review were ordered to be released last week by the FDA’s Center for Biologics Evaluation and Research. At least one document refers to the Pfizer COVID vaccine as “investigational,” which means “not licensed for use in the general public” by the CDC’s definition. 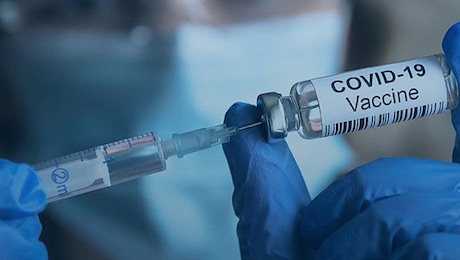 ARE THEY SAFE?: The FDA wanted the world to wait 75 years to see safety data for the Pfizer COVID vaccines, but a federal court has ordered that the data be released.

On Jan. 6, U.S. District Judge Mark T. Pittman’s prohibited the FDA from suppressing safety data for another 75 years. Yahoo News states that this is “the first time allowing the public to access data Pfizer submitted to FDA from its clinical trials in support of a COVID-19 vaccine license.”

The subsequent document dump was prompted by the Public Health and Medical Professionals for Transparency.

“PHMPT is made up of about 200 doctors, scientists, professors, public health professionals and journalists, including some who have publicly questioned the usefulness of lockdowns, mask mandates, and the COVID-19 vaccine,” according to FDANews.com. The group focuses entirely on data relied upon by the FDA to license COVID-19 vaccines.

New York City-based lawyer Aaron Siri was instrumental in having the data made public. He said he hopes others will now review Pfizer’s information and expose facts about vaccine safety, according to Endpoints News.

U.S. District Judge Mark T. Pittman explained that transparency is a core American value, and was central in his decision to order the document dump.

“Open government is fundamentally an American issue — it is neither a Republican nor a Democrat issue,” Pittman wrote. “As James Madison wrote, ‘popular Government, without popular information, or the means of acquiring it, is but a Prologue to a Farce or a Tragedy; or, perhaps, both.”

Pittman emphasized that there must be an immediate release of these documents.

“[I]t is the compelling need for such public understanding that drives the urgency of the request,” he wrote.

Already, medical professionals are diving into the data and revealing some concerning observations. Dr. Afshine Emrina, a resident of Los Angeles, observed there may have been more than 1,200 deaths during the Pfizer vaccine trials.

1223 reported fatalities during a 3-month period, out of 42K reports? Was this covered up? I am really confused. This is not what we see in real life. Oy. pic.twitter.com/zOekUCMLle

One physician and senior research scientist at MIT is concerned that relatively young and healthy people could face more risk by receiving the vaccine than they may face by contracting the virus itself.

“I think it is outrageous to be giving vaccines to young people because they have a very low risk of dying from Covid,” Dr. Stephanie Seneff said on Jan. 13 on the Laura Ingraham show. “… When you look at the potential harm from these vaccines, it just doesn’t make any sense.”

Pittman also quoted President John F. Kennedy regarding the importance of having an informed public: “Knowledge will forever govern ignorance: And a people who mean to be their own governors, must arm themselves with the power which knowledge gives. … A nation that is afraid to let its people judge the truth and falsehood in an open market is a nation that is afraid of its people.”