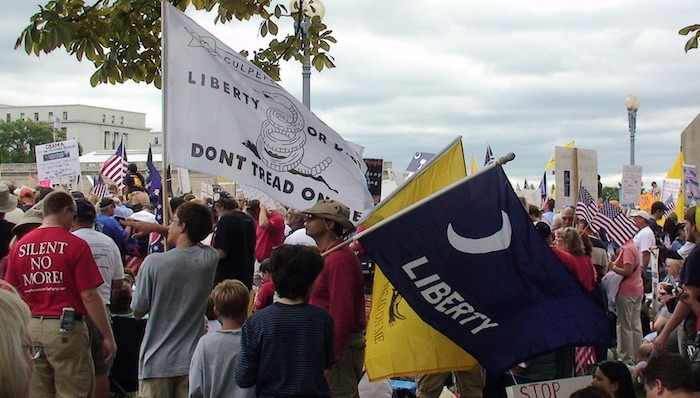 No, the bill S.265 as passed by the Senate does not explicitly allow incumbent politicians to toss challengers into jail. But it does treat criminal threats against them — and almost all other government workers — as twice as bad in terms of sentencing.

S.265, the ‘criminal threatening’ bill, passed the Vermont Senate 28-2 on Feb. 17 and is now in the House Judiciary Committee.

In his recent cartoon, Vermonter Dan Jeffries does what political cartoonists do: use hyperbole for humor and to make a point. No, the bill as passed by the Senate does not explicitly allow incumbent politicians to toss challengers into jail.

But it does treat criminal threats against them — and almost all other government workers — as twice as bad in terms of sentencing.

S.265 doubles the existing one-year maximum prison sentence for criminal threatening to two years when committed against a government person or on government property. The first paragraph of S265 is existing law (with a tweak or two) covering everyone, with no distinction between government and general public:

Then the added penalty for threatening government officials kicks in:

“A person who violates subsection (a) of this section by making a threat that places any person in reasonable apprehension that death or serious bodily injury will occur at a public or private school; post-secondary education institution; place of worship; polling place during election activities; the Vermont State House; or any federal, State, or municipal building shall be imprisoned not more than two years or fined not more than $2,000, or both.”

Supporters of the bill say the alleged rise in threats from the general public against public officials (Jan. 6 in Washington D.C., angry school board meetings, an angry caller to the Vermont Secretary of State) make the legislation necessary. Critics say it turns public servants into a privileged, protected class of elites, and that existing law already offers protection against criminal threatening.

In the Senate, only Sens. Joe Benning (R-Caledonia) and Russ Ingalls (R-Essex/Orleans) voted no. S.265 is not on the House Judiciary agenda this week. Party and contact information about the members of House Judiciary are available on the Vermont Legislature website, and appear below: