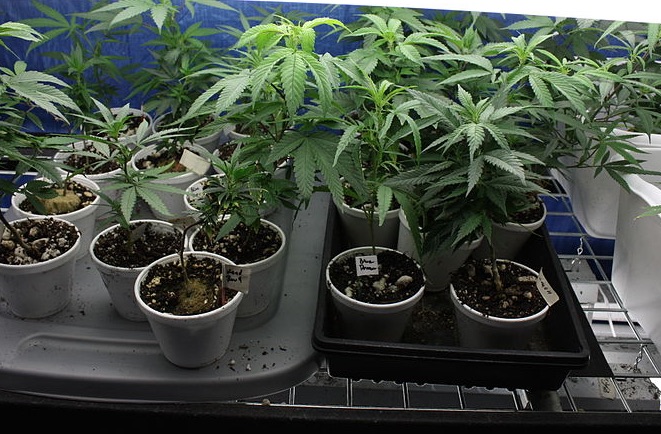 DON’T DRIVE HIGH: Critics and opponents of legalization alike agree that impaired driving for any substance is a serious matter to be considered by state leadership.

At the latest Marijuana Advisory Commission meeting, Thomas Anderson, commissioner for the Department of Public Safety and chair of the subcommittee on highway safety for the commission, said marijuana legalization would lead to increases in highway fatality rates.

“When you have increased use of marijuana or legalization of marijuana, you’re gonna see more fatalities on your roadways. I think the data does support that, and I know there are different views on that, but I would feel comfortable taking that to a jury and trying to convince them of that,” he told the subcommittee.

In an interview with True North Reports, Anderson reiterated that he sees a correlation between legalization and deadly highway accidents in reports analyzing marijuana states.

One study cited in the Roadway Safety Subcommittee Report is the Rocky Mountain High Intensity Drug Trafficking Area Report for October 2017. It concludes that from 2009 to 2016 the total number of traffic deaths increased 16 percent. During that same period, the number of deaths involving drivers testing positive for marijuana increased from 9 percent to 16 percent.

Another study cited is by researchers Rune Elvik and Ole Rogeberg from the Norwegian Center for Transport Research and the Ragnar Frisch Center for Economic Research, respectively.

Conclusions include that acute cannabis intoxication “is related to statistically significant risk increase” and “the increase is of low to medium magnitude.” 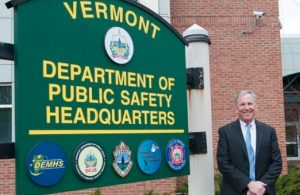 As commissioner of the Department of Public Safety, Thomas D. Anderson oversees state police, emergency management, forensics and fire safety, among other divisions.

The study compares average marijuana impairment to driving with a blood-alcohol content of about .04 to .05 percent (.08 percent would warrant a DUI arrest).

An ongoing challenge for measuring marijuana’s roadway safety impact is that to date there is no ideal method for measuring impairment level. The problem with blood tests is that THC, the active ingredient in marijuana, can stay in the blood for up to a month after consumption, which makes it a questionable indicator for impairment at the time of an accident.

Eli Harrington, co-founder of the publishing company and legalization advocacy group Heady Vermont, told True North that any proposal for a limit of THC blood content to determine impaired driving is a bad policy.

“Experts from other states have recommended that Vermont not do this,” he said. “The idea that there is a per se limit of X-amount of nanograms in your bloodstream is a terrible idea because most medical patients who are legally using this will have that much residual in their bloodstream at any time and not be impaired.”

Anderson addressed this concern as well.

One solution already in place is the training of Drug Recognition Experts (DREs), special officers who can look for the subtle signs of having used marijuana — which is not always as obvious as someone who is intoxicated from alcohol. There are currently 53 DREs active in the state.

Anderson reiterated that the net effect of marijuana legalization appears to be a net increase in crashes and deaths.

“To me what the consistent data shows is, that when you have this increased use of marijuana or legalization of marijuana, that consistently in the states that have done that, their fatalities have gone up.”

Another concern Anderson discussed was the risk of combining alcohol and marijuana together.

Anderson emphasized that the existence of this marijuana commission does not imply that legalization is a foregone conclusion.

“The work on this commission will inform the governor’s decision on whether the legalization of marijuana is right for Vermont,” he said. “In addition, if it is the right decision for Vermont, then how should it be implemented?”

Harrington said while he respects the work of the commission, he questions its necessity and its composition.

“The legislature spent hundreds of hours working on this, and Gov. Scott didn’t start considering this until it was on his desk. … And there are zero patients on the commission, there are zero caregivers, there are zero people in the cannabis industry at all.”

Anderson said he can’t predict whether the lawmakers will act further on marijuana legislation this session while these recommendations are still forthcoming.