The change is anticipated to cut 3.1 million recipients from the program, the U.S. Department of Agriculture (USDA), which administers the program, says.

Closing up loopholes will save taxpayers $2.5 billion every year, the USDA says. 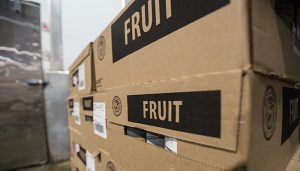 “For too long, this loophole has been used to effectively bypass important eligibility guidelines. Too often, states have misused this flexibility without restraint,” U.S. Secretary of Agriculture Sonny Perdue said in a prepared statement. “The American people expect their government to be fair, efficient, and to have integrity – just as they do in their own homes, businesses, and communities. That is why we are changing the rules, preventing abuse of a critical safety net system, so those who need food assistance the most are the only ones who receive it.”

A process in place for years, broad-based categorical eligibility (BBCE) allows states to confer SNAP eligibility to households if they already are receiving TANF benefits, allowing states to work around the asset limits stipulated for eligibility.

The rule change now requires TANF recipients to pass a review of their income and assets to determine whether they are eligible to receive SNAP benefits.

Automatic eligibility allowed SNAP benefits to be expanded “in some states to include people who receive assistance when they clearly don’t need it,” the USDA says. Widespread use of BBCE “has become so egregious that a millionaire living in Minnesota successfully enrolled in the program simply to highlight the waste of taxpayer money,” Perdue added.

Last year, Minnesota resident Rob Undersander testified before a state House committee on behalf of Rep. Jeff Howe of Rockville, who had introduced a bill to change the state’s SNAP eligibility process.

In his testimony, Undersander pointed out that the value of his assets made him and his wife millionaires, but they weren’t considered to determine their eligibility for the program. The only requirement is proof of income, or lack thereof, he noted. While he and his wife received $300 a month in food stamps, Undersander pointed out that people in his same neighborhood who he argued “really needed food stamps” only received roughly $14 worth.

Asset limits, which are indexed to inflation, generally apply only to liquid assets, such as cash or money deposited in bank accounts that are readily available, notes the Foundation for Government Accountability (FGA).

“But while asset tests are common in other welfare programs, including cash welfare and even Medicaid for long-term care enrollees, states have used federal loopholes to virtually eliminate the requirement in food stamps and expand eligibility to millions of individuals who do not otherwise qualify,” Jonathan Ingram and Nicholas Horton, authors of a recent FGA report on BBCE, explain.

Most other types of assets are exempt, FGA notes, including home and property values, value of household and personal goods, life insurance, pension funds or retirement accounts, education savings accounts, and assets of enrollees receiving cash welfare or supplemental security income. All states also exclude at least one vehicle from the asset test, FGA adds, while 32 states exclude all vehicles.

The proposed rule change would end the practice and better ensure that the most needy have access to nutrition assistance programs, Brandon Lipps, administrator of USDA’s Food and Nutrition Service, said at a Monday press conference.

“We need to make sure our welfare programs can effectively serve the truly needy, and this new rule does just that,” Kristina Rasmussen, vice president of federal affairs at FGA, said. “If we can’t accurately and effectively check the eligibility of those who are signing up for benefits, we end up with a system that fails to serve the truly needy individuals it was designed to help.”

Sen. Debbie Stabenow, D-Michigan, ranking member of the Senate Agriculture Committee, disagrees with the approach. She released a statement after the USDA announcement, saying the proposal was “another attempt by this Administration to circumvent Congress and make harmful changes to nutrition assistance that have been repeatedly rejected on a bipartisan basis.”