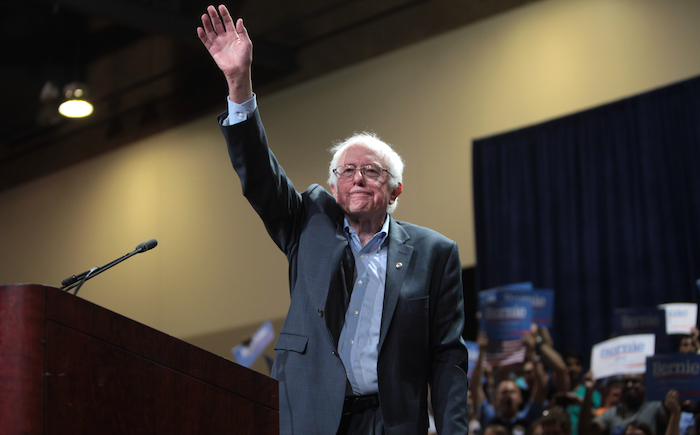 NOT SHARING THE STAGE? Sen. Bernie Sanders, I-Vt, has not yet granted requests for debates coming from his conservative and liberal challengers.

U.S. Sen. Bernie Sanders has made a name for himself by insisting on public debates with opponents, but challengers for his seat in the upcoming election have been calling for the same opportunities of political discourse, and so far Sanders has not responded.

Lawrence Zupan, a real estate broker from Manchester, is running on the Republican ticket for U.S. Senate. He is calling for eight debates with Vermont’s junior senator.

Brad Peacock, a farmer from Shaftsbury running as an independent, is demanding that Sanders agree to at least four debates.

So far, both candidates have yet to hear back from the Sanders campaign.

Manchester resident and real estate agent Lawrence Zupan is running for U.S. Senate as a Republican.

“He hasn’t responded yet, but I think he’s going to soon,” Zupan told True North in an interview Monday.

“I need as broad coverage as possible,” he said. “I’m fighting a name recognition battle against a guy that surmounted that challenge a long time ago.”

Peacock, whose platform is similar to Sanders on many issues,  said he’s been trying all year to arrange a debate.

“I have actually written Senator Sanders three letters, the first being when I first announced in January to let him know that I was running and offering to meet,” he said. “I never heard back from him or anyone in his campaign, not a word.”

Peacock said the lack of a response reflects poorly on the self-proclaimed democratic socialist whom many look up to.

“Which is fairly telling to me, because it’s basically the opposite of how my campaign is,” Peacock said. “My campaign is focused on listening to every person and acknowledging that they exist in the world.

“So, asking the youth of the country to stand up and get more involved in politics, but then ignoring someone because they happen to be running for the same seat as you, as someone who admired some of the things that he’s done, it’s hard to take that.”

During the 2016 presidential primary, Sanders wanted more debates with Democrat candidate Hillary Clinton and criticized her strongly when she refused.

“I am disappointed but not surprised by Secretary Clinton’s unwillingness to debate before the largest and most important primary in the presidential nominating process,” he said, adding that the two should debate out of “respect for the voters.”

Zupan said he would like to challenge him over his “Medicare for All” health care system.

“Putting a health care system of 326 million Americans in the hands of the government which spent $3 billion not to produce a health care website, and whose completely socialized VA [Veteran’s Affairs] medicine has proven to be a spectacular failure with loss of life, it remains puzzling to me how anyone could seriously consider it, much less anyone who calls themselves a senator.”

He said he differed dramatically with Sanders on economic philosophy.

“The fact is that absolutely everything that has been produced in America has … made the United States of America the envy of the world and the model for success,” Zupan said. “Senator Sanders’ policies are exactly running away from the success of American free enterprise, liberty and individual opportunity.

“And my goal is to hasten the race right back into the arms of everything that makes America the most wonderful country to have the privilege to be born in.” 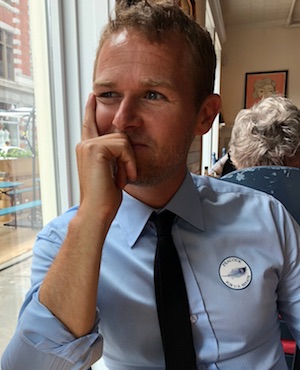 Brad Peacock, a farmer from Shaftsbury, is running for U.S. Senate as an independent.

While Peacock said his views are similar to Sanders’ when it comes to protecting the environment and expanding public health care, he claims his focus is different.

“One place that we differentiate is my focus on Vermont. He’s focused on the national scene, which is fine if you wanna run for president again. But the people of Vermont deserve a full-time senator,” he said.

While Peacock supports a $15 minimum wage and paid family leave, he said affordability issues in Vermont concern him.

“I support (those policies), but again, it’s diving into the details. What’s it gonna take to get there, and … is that going to hurt people? Are some of their benefits going to go away? And then we’re talking about affordability again.

“In (my) research, I’ve heard many different ways of how that might happen, and some people say it might be a regional minimum wage increase that best fits.”

Regarding the ongoing FBI investigation into Jane Sanders over alleged bank fraud while she was president of the now-defunct Burlington College, Zupan said the facts appear to show some level of favoritism.

“I’m not gonna enter the fray too far except to say two years in, this investigation would have concluded a long time ago if it was ‘Joe Q citizen’ of Vermont, other than Mrs. Sanders.

“I don’t know who’s guilty of what, but the incontrovertible facts are that Burlington College, a 40-year entity, died as a result of being unable to pay a loan which she brought about during her watch.”