This article by Patricia LeBoeuf originally appeared Aug. 2 in the Bennington Banner.

POWNAL — Equal parts concern and support were on display Thursday at a special meeting of the Select Board, as board members heard feedback on a proposed junk ordinance regulating salvage yards, waste disposal and junk and junk vehicles. 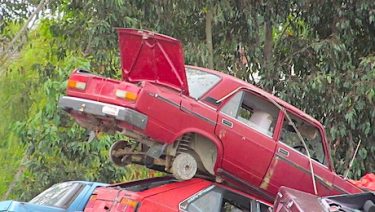 The one-hour public meeting at the Pownal Valley Firehouse to hear public comment on the proposed ordinance had about nine attendees, offering their thoughts in a back-and-forth discussion with board members. Four of the five board members attended the meeting, with Marlena Pellon absent.

One man shared his frustration with his property, which he rents.

It’s so expensive to get rid of stuff, he said.

“Actually it isn’t your property,” said Jim Winchester, who also attended. “You’re a renter. You’re in a different circumstance. You don’t own that property.”

3 thoughts on “Pownal board hears feedback on proposed junk ordinance”